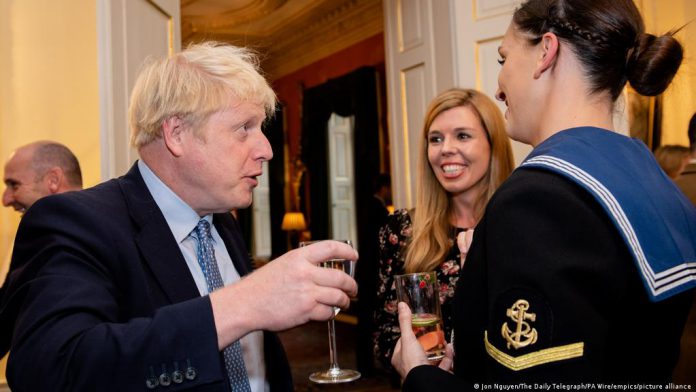 Following the scandal surrounding a secret, lavish Christmas Party held at Downing Street at the height of lockdown, Boris Johnson has sensationally announced he is going to leave the party he’s currently attending – and head for a carryout in the Hatfield.

“After discussions with fellow party members – who have just reminded me what happened that fateful night cos I was too blootered to remember, I’ve now accepted that the time has come for me to leave this party before I make a show of myself again” he told us, before ordering another round of Sambuccas.

“I’m thus going to be be leaving the party with immediate effect.”

The move has been welcomed by his Press Secretary, Allegra Stratton.

“He was absolutely dying the next day at that last party” she laughed. “Not literally, from Covid or anything, like thousands of others – but he was pure hanging out his hole. And to make matters worse for him, I couldn’t find a shop anywhere for him that sold Irn Bru.”

“He’s just going to drink a carryout at home from now on” she assured us. “But it’s business as usual as far as running the country goes”