Brangelina to split in squabble over Portrush caravan 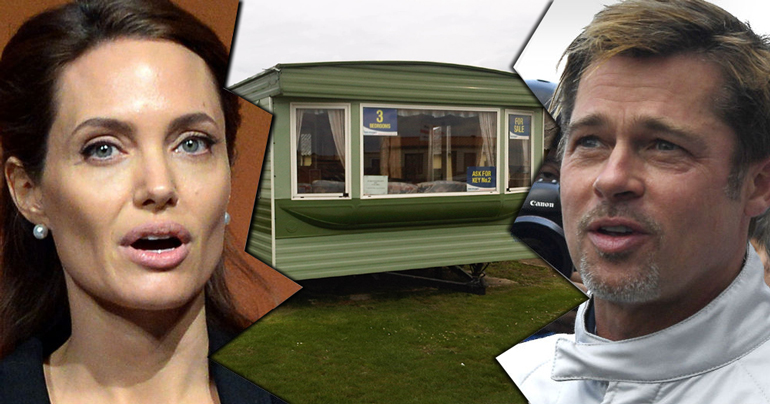 With the world reeling from the news that celebrity power-couple Angelina Jolie and Brad Pitt are sensationally set to split, the Ulster Fry can reveal some exclusive details about their dramatic parting of ways.

“They were always fighting over everything,” revealed Brad’s close friend and confidant, Hugo Duncan. “He wanted beans on his Fry, but Angelina thought it was ‘rotten’ and turned her nose up every breakfast. Then she’d want to take the 4a bus in from Dundonald into work… but he thought the 19 was faster.”

“The last straw was when Brad went ahead and watched two episodes of Lesser Spotted Ulster after she fell asleep last week,” he added. “She lost the bap with him! F**ked him outta the house!”

However the couple’s next door neighbour Pamela Ballentine told us that the location of the couple’s caravan was the major deciding factor in the split. “Brad loves heading to Portrush every year, but Angie visited mine in Cranfield last summer and fancied a wee change. He was having none of it.”

“The lousy bastard!” she added.

Divorce lawyers have now been brought in to divide their sizeable estate. Pitt is ‘not for parting’ with the 2005 Renault Espace people carrier he bought at the Mid-Ulster auctions last year, whilst Jolie is set to fight ‘tooth and nail’ for the sofa they got from DFS, claiming “he never paid f**k all towards it and there’s only three months left on the payments.”

Other family heirlooms are also on the table. “Brad wants to hold on to the collection of pint glasses he’s nicked from the Errigle down the years,” says his long-standing pal, Keith Burnside, ” but Angelina fancies them for her new flat in Rathcoole. It’s gonna be a whole handin!'”

There is no evidence that UTV weather villain Frank Mitchell was responsible for the couple’s breakup, but he probably was.