Brexit wouldn’t be happening if Going for Gold was still on, claims Henry Kelly 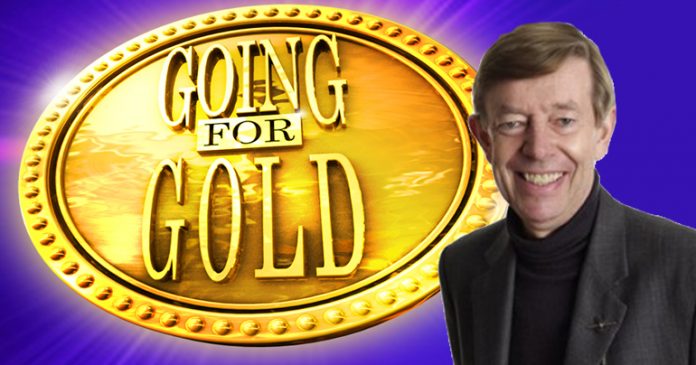 Daytime TV legend Henry Kelly has waded into the Brexit debate by claiming that the UK wouldn’t have voted leave if his pan-European quiz show Going For Gold was still on the air.

We bumped into the down-at-heel former quiz show host in the branch of Frankie and Benny’s where he now works as a waiter.

“Going for Gold was a seminal moment in broadcasting history,” the star claimed. “It brought together contestants from across the continent, allowing us all to learn about the weird ways they talk and how little people from Germany know about Coronation Street.”

“Look, the way I see it, when the heat is on, the time is right,” he continued, “It’s time for you, for you to play your game.”

“Because, at the end of the day, people are coming, everyone’s trying, trying to be the best that they can.”

“When they’re going for, going for gold.”

“People underestimate the economic and social impact of gameshows,” he told us. “When Blankety Blank finished it revolutionised the banking system, with chip and pin replacing the cheque book and pen, and Dusty Bin virtually invented recycling on 3 2 1.”

“Who knows, if Bullseye was still on the air we might still have a UK speedboat industry.”

At this point we ordered two burgers with red sauce from Mr Kelly, but when he arrived back they came with onion relish.

As professional as ever, he soon realised his mistake and returned, saying “Sorry lads, now your plain ketchup.”