Britain’s Got Talent has “too many immigrants”, claim arseholes 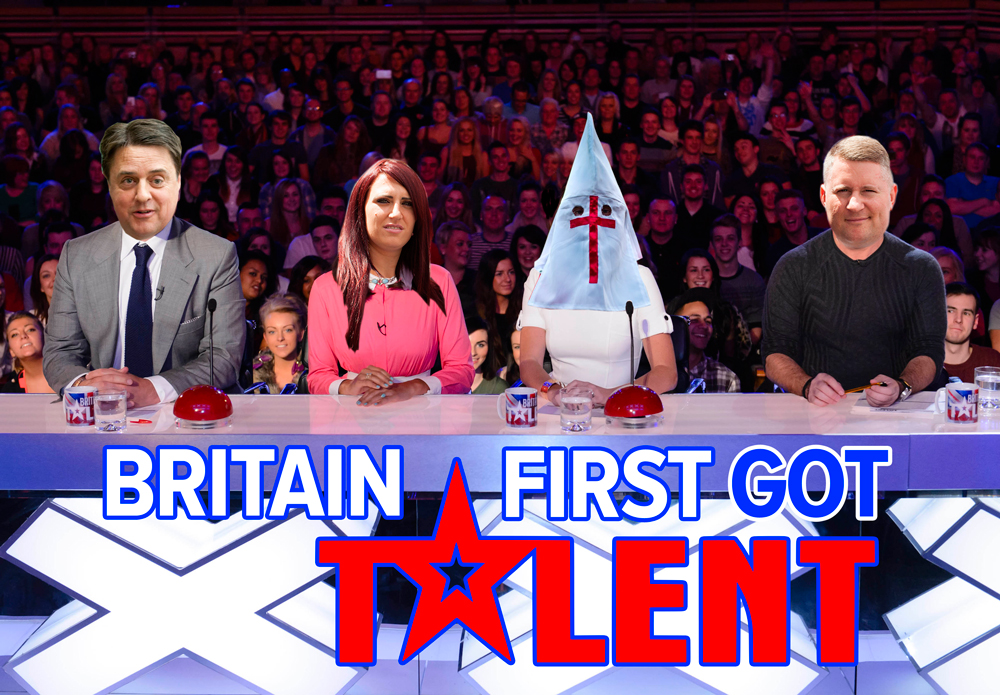 Some of the nation’s best known and respected racists have unanimously slammed ITV talent show Britain’s Got Talent for having “too many Jonny foreigners”.

Paul Golding, leader of national insecurity movement Britain First said “It’s supposed to be about the best talent in Britain, yet we’ve got thon Russian fella swallowing swords, an American doll doing ballet and some big f**k off choir with people from 23 different effing countries.”

“Even that dancing dog is Maltese FFS.” he moaned. “It’s bang out of order!”

However Mr Griffin stopped short of critisicing the posse of dancing Stormtroopers – despite the fact they are from a galaxy, far far away. “Technically they come under the banner of white supremacists” he explained. “Plus they serve the Empire, so I’ve got my eye on them to win”

“Although admittedly it’s hard to tell that” he added.

The two men have thus joined forces to launch a rival talent TV show, which will showcase “the best of 100% British acts”.

The pilot of Britain First’s Got Talent is rumoured to include a gospel choir of DM booted skinheads singing ‘God Save the Queen’, a comedic London taxi driver making loads of “I’m not a racist but…” remarks, a troupe of drunken chavs dancing on peoples heads and a Staffordshire Bull Terrier that can howl the tune of NWA’s classic hit, ‘Fuck Tha Police’.

If successful, Mr Golding hopes this will the first of a series of racist entertainment programmes, including ‘He’s an Immigrant, Get Him Out Of Here’, ‘Master-Race Chef’, ‘The KKKrypton Factor’ and ‘Through The Arsehole’.