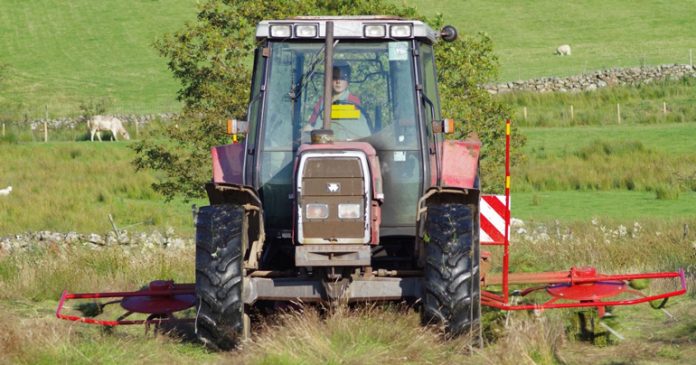 A 48 year old County Tyrone farmer has set a new world record for the fastest ever complaint about a spell of good weather.

The Ulster Fry has learned that Donemana man Marty Ferguson made the remark to a local shopkeeper when he was buying the Newsletter this morning, and CCTV footage of the incident has now been verified by the Guinness Book of Records.

The manager of the Spar branch told us that he’d engaged Mr Ferguson in polite conversation about the weather, and was astounded at his lightning reflexes. “I’d just said ‘grand day for it’ and before I could finish Marty was straight back at me with ‘aye but we could do with a slap of rain for the fields’.”

“It was fantastic skill, I’d never seen reactions like it,” he continued. “I didn’t even got to tell him about our amazing offers on washing powder, or the two for one deal on sausages. Available at all Spar branches, see in-store for details, terms and conditions apply.”

Mr Ferguson himself remains modest about his achievement. “I’ve been training for years,” he told our reporter, “practising in front of a mirror like yer man in Taxi Driver. You know, yer man who says ‘are you chattin t’me bai’ over and over? As soon as I saw my chance I was in like a randy bull in a field full of heifers, but with less shite.”

In a related story police were called to deal with an incident in Ballynahinch this morning, after a 53 year old woman began complaining about the “quare hate”.

The PSNI later confirmed they’d made an arrest for anti-social behaviour. “A female suspect is in custody,” said a spokesman. “Hate crimes such as this have no place in modern society.”