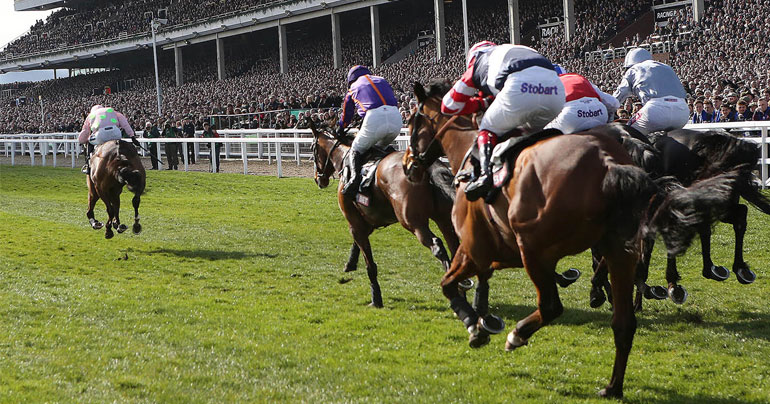 Scandal is rippling through the world of horse racing today, after reports emerged that many of the horses at the festival are involved in a secret underground betting syndicate.

“It gets so fecking boring hanging around the stables all day” admitted 4 year old thoroughbred, Rising Damp “we’re just expected to stand in a cubicle all day whilst people brush our arses and batter our feet with hammers n stuff.  I’d say it would bore you shitless, but to be honest that’s about all there is to do!  They even pay some hallion to come in and shovel it out afterwards.  F**king dirtbird!”

“Anyway, it’s a long oul day” he continued “so we usually pass the time by making bets on stuff. Like who will wear the silliest hat, or which jockey will most look the biggest f**king clown. That sorta thing.  I just bet 10 large on some doll to wear a live peacock on her head before 3:15pm!”

The sensational revelations are causing uproar in the human betting community, with most feeling that it’s unethical that dumb animals should be allowed to profit from their exploits at Cheltenham.

“I just heard that a horse I bet against won a fortune on me by betting that I’d be the first person to knock over a whole table of drinks whilst pished” moaned drunken investment banker, Max Turnover. “I’m pure snapping so I am!”

The news was broken by broadcaster Channel 4 today, after discovering that an American racehorse had successfully predicated former commentator John McCririck would pick his neb and eat it live on air several years ago.

However not all horses have been so lucky sadly.  One former winner is reportedly being treated for serious gambling addiction and depression, after betting his entire live savings on a hunch that Claire Balding would actually go bald.