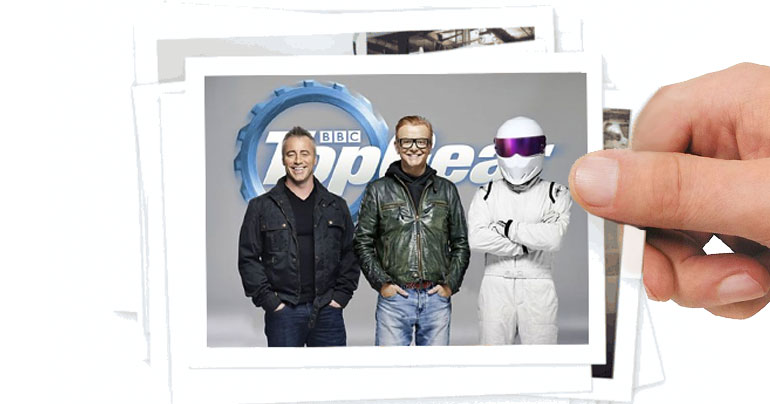 New Top Gear presenter Chris Evans has been declared the winner of ‘Friends Day’ after hiring Joey Tribbiani to be his new co-presenter.

Facebook users across the world spent the day competing in the super-annoying global event, taking turns to post highly original photos montages of their ‘Friends’ – which the Facebook supercomputer had prepared earlier for them by randomly pulling pictures out of it’s arse.

However ginger TV tycoon Evans had the last laugh as he posted a picture of him with best Friend of all time – actor Matt Le Blanc.

The #FriendsDay runners-up included the second placed Countryfile, who had hired Jennifer Aniston to stand in a field in Surrey surrounded by dairy cattle whilst discussing European milk subsidies, and third placed Grampian Television, who placed their bets on David Schwimmer reading the news as nerdy douchebag, Ross Geller.

Le Blanc is understood to have spent today’s rehearsals letting all the fit birds in the studio drive the reasonably priced car around the Top Gear race track before cheekily smiling at them and asking “How fast you doin’?”

Meanwhile TV channel Dave has announced it’s going to air everyones ‘Friends Day’ videos in a loop for the next twenty years.