Belfast Central to be renamed ‘Middle of F**king Nowhere Station’ 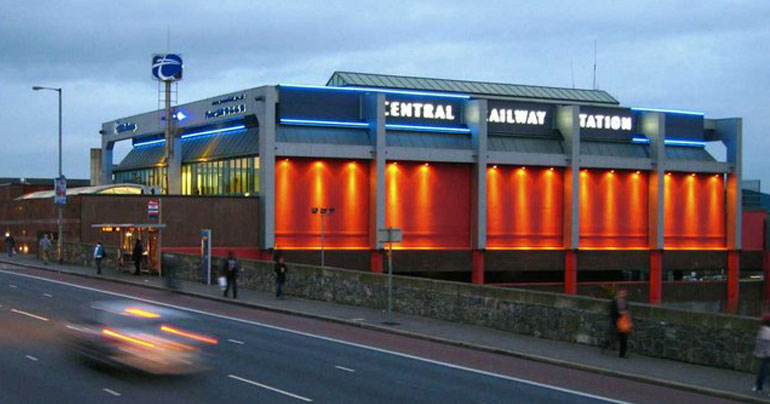 Despite being given the title of ‘Central’ Station almost 40 years ago, passengers arriving at Belfast’s flagship train station have long noted that the terminus is actually in the arsehole of nowhere.

It now seems their frustrations have reached the ears of Translink chiefs, who have finally decided to give the facility the more geographically appropriate title of ‘Middle of F**king Nowhere Station’.

“To be honest it all started as a bit of craic.” admitted Tim Table from NI Railways. “The look on tourists faces when they hurry off the train thinking they are in the city centre, only to realise they are nearly over the River Lagan and still need to get a bus… feck it never gets old.”

“We all be busting our holes laughing at them.” he chuckled.

The news has been welcomed by people from outside of the city, many of whom have fallen victim to the confusing non-central Belfast location of Belfast Central Station.

“Great me hole” said one passenger. “It’s not even good!”