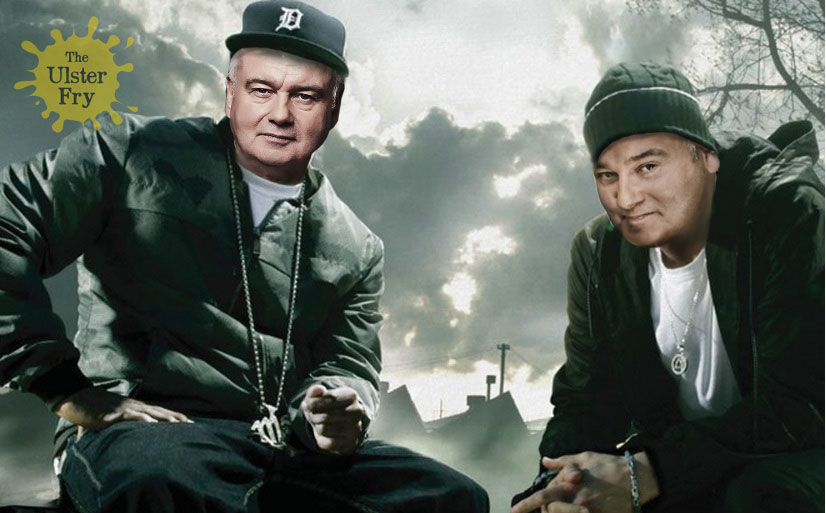 Northern Ireland’s favourite son, Eamonn Holmes, was due to undergo a double hip op earlier this week, however a misunderstanding between hospital staff has  left surgeons awkwardly trying to explain why the Belfast man was mistakenly duplicated and given crazy good beatboxing and lyrical rhyming skills.

“I’ll have to take me oil for this one” said chief surgeon Doctor Dre. “The nurse was from Ballymena and she was wile hard to understand. I thought she said the patient needed a ‘double hip hop’ procedure. Then she mentioned Eamonem and some other rapper fella. Holmesboy or something? So I just did what I was told!”

Whilst the outcome was not quite as planned, the surgery was a resounding success according to Dr Dre. “We didn’t actually fix his hips” he told us “but in a remarkable twist of fate, by separating him into two people who now have one bad hip each, both Eamonns now swagger about with a really cool gangster rap limp!”

Whilst understandably shocked to wake up in hospital as a pair of rappers, the TV presenter now plans on making the most of the opportunity and is set to collaborate with himself as part of a new hip-hop super-group, ‘N.W.Eamonn’.

This is not the first time Holmes has fallen foul of a hospital mix-up of course.  In 2004 he was famously turned into the king of rock and roll in a botched Pelvis operation.

“Him singing ‘In the Ghetto’ all the time was bad enough” revealed his wife Ruth. “but now we’re buying a fecking house there!”