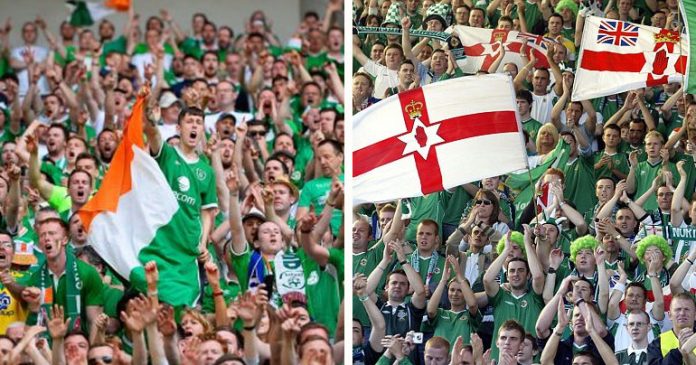 The world football authorities have admitted that their massively complicated second place play-off formula was specifically designed to ensure that the two teams in Ireland wouldn’t meet at any point.

“It was OK when Northern Ireland was vaguely shit,” says Hans Ball, the FIFA Vice-President responsible for corruption. “We knew all we had to do was rig the draw to make sure you weren’t in the same group, but then they started beating people again, and things got more difficult.”

“We had a bit of a scare at Euro 2016, so we added the ‘seeding rule’ to the play-offs as we thought that the chances of either of your countries having one the top four second place teams in Europe were pretty slim. If you’re both in the bottom half of that ‘mini-league, then we’re sorted.”

“We were literally shitting our keks,” says Ball, “All they had to do was beat Germany and Norway and it’d all go diddies up. Fortunately we were able to bribe both those teams to win and you were safely in the bottom half.”

Phase two of the plan now kicks into action, as FIFA intends to rig the play-off draw to ensure that both Irish sides get ridiculously difficult opponents.

“The Russian authorities have paid us handsomely,” explains Ball, “Their police don’t fancy having both your teams in the same group next year, and apparently there isn’t enough beer in Moscow to cope with the fans.”

The British and Irish governments have welcomed the news.

“The peace process is flimsy enough,” said a spokesman. “A late winner by Kyle Lafferty or James McClean would set us back decades.”