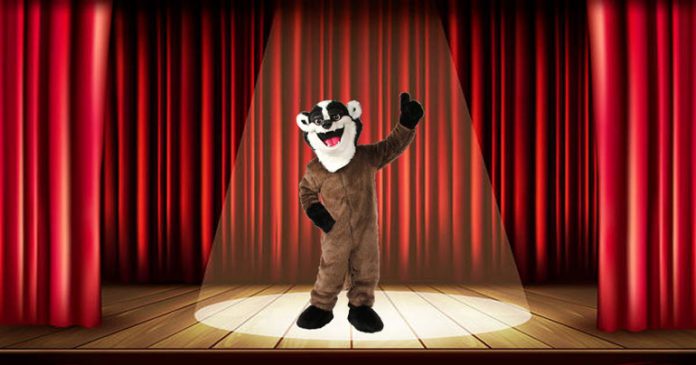 Culture Night has returned to Belfast this evening, bringing thousands of people in flowery skirts, baggy jumpers and skinny jeans onto the streets. Our reporter has been out and about to see what’s been happening at the event many arts experts describe as “the middle class version of the Twelfth.”

“I’m heading straight to Hill Street to see the Stilt Walking Poet,” her friend Archibald Craft-Beer explained. “Last year he gave a wonderful rendition of the late Sir Egbert Flangepipe’s seminal work ‘Notes from under my desk’, whilst twirling a hula-hoop on each arm. It was a life enriching experience.”

Our man then bumped into Lisburn road woman Poppy Seed-Loaf outside the Black Box, who told him she’d just seen French mime artist Marcel Marsehole perform in the middle of High Street. “He did ‘man stuck in a box’, ‘man pulling a rope’, and ‘man walking in the wind’, I’ve never seen anything like it.” she revealed.

“Now I’m off to see a sculptor who fashions wonderful works of art out of his own shite. It’s soooo ‘rustic’, I can’t wait to tell my friends on Facebook.”

Meanwhile unsigned band “The Tuneless Bastards” were playing a previously unrehearsed set to an audience of shiny people outside the Dirty Onion. “Aren’t they interesting,” commented local music blogger Nathaniel Ethnic-Scarf, “I do hope they release this on vinyl, everything sounds so much more authentic on vinyl.”

At this point our reporter had to go home to drink beer in the house because he has weans and isn’t allowed out, however he isn’t jealous at all and hopes everyone has a lovely time.