Damning evidence of other extremists sitting in mayor’s chair uncovered 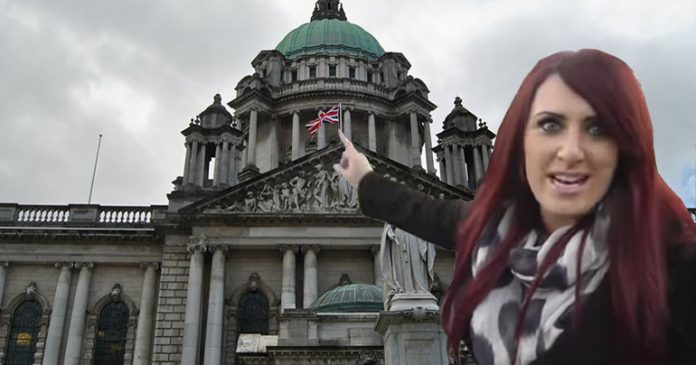 As video footage of Britain First’s Jayda Fransen sitting in Belfast Lord Mayor’s chair sweeps the internet, City Council officers have admitted that several other incidents of known extremists sitting in the same position have been discovered.

“Following this blatant breach we’ve gone back over CCTV footage and were shocked by what we found,” explained Belfast City Council’s head of security, Albert Clock.

“Turns out that Sammy Wilson sat on it for a whole bloody year in 1986!! Then, to make matters worse, when we finally got rid of that wee hur, Doddsy planted his arse during the 90s…”

“It hasn’t improved much since, to be fair, for we’ve had ‘ultra-moderates’ like Alex Maskey, Gavin Robinson and Jim Rodgers,” he continued, “I mean, there was a man who couldn’t even jump over a tomato, and he got to be Mayor… twice”

The investigation has since discovered that Belfast City Council has been packed with barely literate extremists for decades, leading officials to issue an urgent warning to Britain First.

“Our message to Ms Fransen is simple,”  says Clock. “We don’t need the likes of her coming over here, waving flags, spouting slogans and blaming other people for every problem that affects their community.”

“We’re perfectly capable of doing that ourselves.”