Desperate McIllroy to dump his mum in bid to regain form 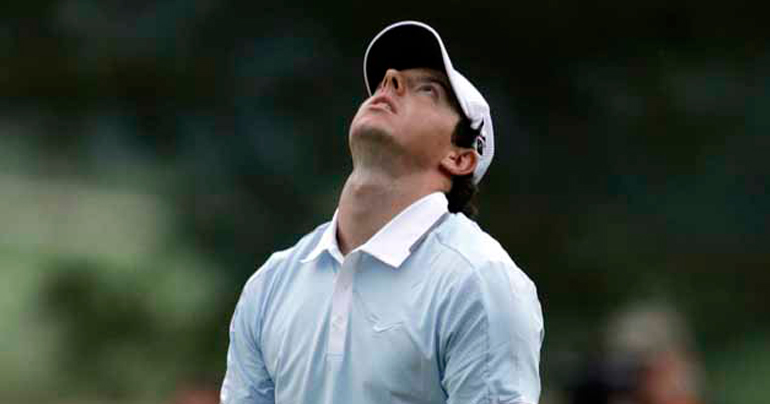 After a spate of disappointing performances in recent golf tournaments which culminated in not making the cut at the Irish Open yesterday, sources close to Rory McIllroy have revealed that the Holywood man is determined to regain his form ‘by any means necessary’.

Buoyed the famous boost in fortunes he enjoyed when he broke off his engagement to Caroline Wozniacki to ‘focus on his career’, McIllroy’s management team have revealed that the world number one is now planning to break up with his Ma in the hope of achieving similar results.

“Aye he’s been in room all morning practicing what he’s going to say in front of the mirror. ‘Sorry Ma, it’s not you, it’s me’, ‘I’m just not in the place to commit to to a long term relationship right now’, ‘ that sort of thing. He’s pretty nervous like, but he’s determined to be totally single and free of women so he can focus on golf. He’s already dumped two aunties and a couple of cousins building the nerve up!”

Despite being pure lousy on his Ma and his recent bad fortunes, the world number one generously offered to donate any money he earned from the County Down tournament to his own children’s charity, The Rory Foundation.

“Aye he landed in last night with one of those big massive signed cheques made out for £7.50” said charity coordinator Lisa McKeever. “I gave him a big hug and told him not to worry – reminded him that form is temporary but class is permanent!’

McIllroy’s decision to cull every female he comes into contact with is in stark contrast to that of former world number one, Tiger Woods, who famously tried to call every female he met – usually on a secret mobile phone that his wife didn’t know about.

“Rory would never do that!” revealed his agent. “He prefers WhatsApp”