Disposable barbecues ‘not worth shit’, admits man who invented them 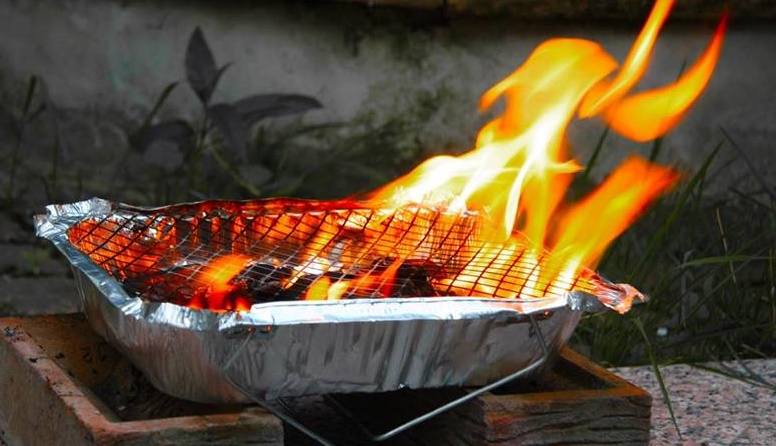 The German inventor of the disposable barbecue has admitted that they completely useless for the purpose they are intended.

Gustaf von Feuerlichter came up with his iconic invention in 1976, after seeing a family struggle onto the beach at Portstewart with a full sized ‘Beefmaster’ barbecue. “I realised then that people wanted to be able to burn meat in all kinds of outdoor settings, not just their back gardens.”

Feuerlichter spent several years perfecting the design, finally launching the Disposafeuerbarbekuker in 1984. “Our original prototypes were quite deep, allowing the food to sit on a grill well above the hot charcoal,” he explains. “Clearly this was unacceptable to us as the food cooked evenly, so we lowered the grill to ensure that the meat caught fire as soon as it hit the hot metal.”

Further refinements have been added since that initial revolutionary design. In 1991 a special ‘everstick’ coating was added to the flimsy griddle to make sure that half the burger remains welded to the surface when serving, then in 1997 the ‘neverlight’ paper insert was included.

“This is a thin layer of paper soaked in a fire-retardant liquid and laid on top of the charcoal,” says Gustaf. “You simply light one corner then watch it fizzle slowly into life before it eventually blows out again. After about 10 attempts you should get a small section of charcoal glowing, but the rest will take so long to catch up you’m be lucky to get 5 minutes of cooking time before the whole thing goes to shit.”

Despite being a load of bollocks, thousands of the barbecues are sold every year to people who’d forgotten how bad they are since last time, but fortunately Gustaf has a tip for anyone using them.

“Cook everything in the oven,” he revealed, “then use the barbecue as an ashtray.”