‘Duckface’ To Be Accepted On UK Passports In 2015 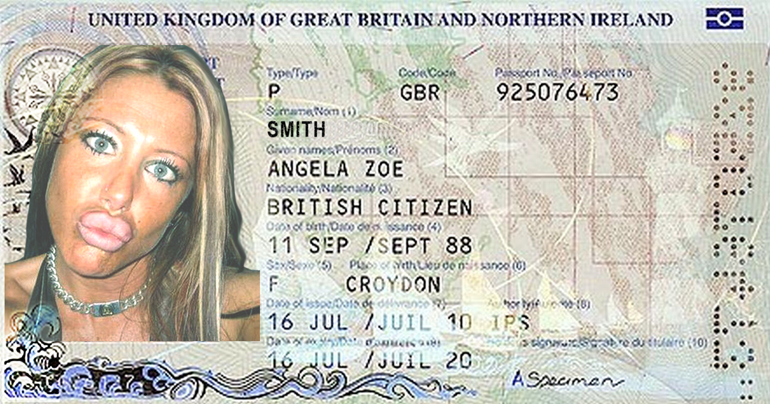 The HM Passport Office has confirmed they will be relaxing photo regulations in 2015, to allow the controversial facial expression ‘duckface’. The popular pose was recently revealed to be the main cause of ongoing passport delays and backlogs, forcing staff to work around-the-clock on a continual bottle-neck created by denied applications and subsequent resubmissions.

‘Yeah we’re essentially processing most passports two-to-three times now.’ confirmed Penny Farthing from the UK Home Office. ‘The majority of applicants, girls especially, simply don’t read the photo regulations and just strike-a-pose whenever a camera is pointed at them. Our analysts believe that SnapChat and ‘selfie’ culture is to blame.’

It is reported that 62% of passport applications in 2014 were denied due to ‘duckface’, with Civil Servants forced to write each person a detailed letter, outlining how to sit for a photo without stupidly screwing their face up.

‘Even then, most people still make an arse of it’ continued Farthing. ‘Their face I mean. We’ve lost count of how many people have applied three times in a row… or more!’

‘In the end, we just decided ‘f**k it’. If people don’t mind looking like dicks, then we don’t mind either. We estimate it will save the department £4.7m in overtime next year and clear the backlog within 2-3 weeks.’

‘We decided to leave it until after Christmas though’ added Farthing finally. ‘We denied over 3,500 passports last year for wearing santa hats, reindeer ears and white beards – most of whom were also doing duckface.’ she admitted with a sigh ‘We really need to hit the ground running in January.’

Duckface will be officially accepted on travel documents from January 12th, 2015.