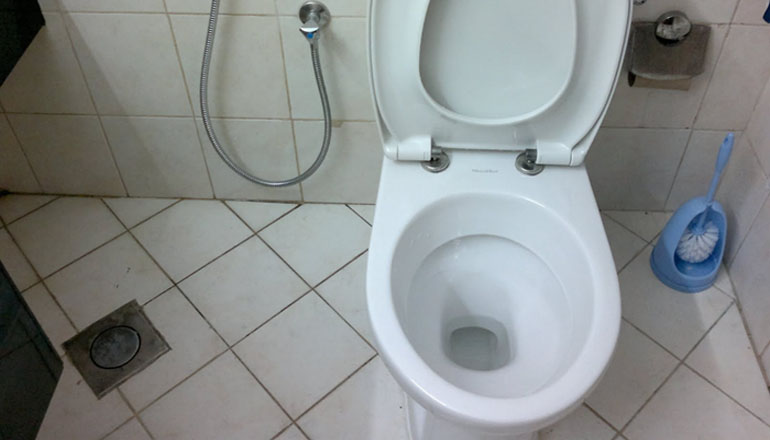 A 36 year old Co. Derry man turned himself into police this evening after what authorities have described as a “catastrophic failure” to successfully urinate a shite stain from his lavatory.

Gerald Weetabix, a self-employed taxi passenger from Dungiven, had been sent to deal with the offending stain by his wife at 4.30 on Friday evening, and assured her that the stain would be gone “within minutes”. However he later confessed to police that it was particularly stubborn, and despite his best efforts he was unable to completely clear the offending mark.

“I was at it for hours,” Gerald told waiting reporters, “I must have been up and down the stairs for more beer 10 or 15 times, to replenish the bladder. But no matter how hard I tried, the fecker wouldn’t move. I blame the government myself, what with their laws about stuff.”

Mrs Weetabix told journalists that she was “clean rippin’, but still dead sexy with it” before explaining that she was “disappointed” with her husband’s failure to deal with the problem. “I told him to go up stairs and clean the bog,” she explained, “I didn’t expect him to spend the whole night with his lad in his hand, though there’s nothing new there, I expected him to get the brush out.”

The Northern Ireland Men’s Network has described the incident as “regrettable, but not uncommon”.

“Shite stain removal by urination is a common method of cleaning employed by men,” said network chairman Frederick All-Bran, “but increasingly we find that the modern diet makes effective removal difficult, if not impossible.”

“At the same time,” he concluded, “Mr Weetabix’s failure has let down his entire gender. Before you know it, we’ll all be asked to clean the bog properly, so the courts need to make an example of him.”