Craigavon to become “a bit like Dubai, but with more roundabouts” 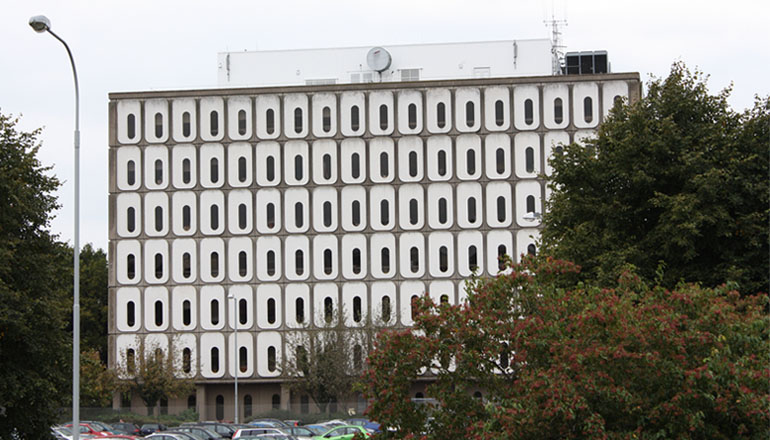 There were wild scenes of jubilation in Craigavon today as residents took to the streets to celebrate the town being crowned the “best place to live and work” in Northern Ireland, in a survey conducted by the Post Office.

“This survey really has put Craigavon on the map,” said councillor Wilbert Rushmere, “somewhere between Lurgan and Portadown. Of course we locals always knew it was a hidden gem of Northern Ireland, what with its beautiful architecture, exciting night life and wide range of burned out vehicles, perhaps now it will get the recognition it deserves.”

The revelation has led the local council to announce a multi-billion pound financial package to boost the tourism potential of the town. “This new funding will support the erection of new luxury accommodation for visitors and residents alike,” said a spokesman, “soon we will see the world’s top celebrities flock to Craigavon to experience what it means to live and work in Northern Ireland’s most desirable town. It’ll be a bit like Dubai, but with more flags.”

The announcement has been welcomed by members of the world’s millionaire jet-set, who were quick to promise that Craigavon would be added to their list of global destinations.

Hollywood actor George Clooney told us that “he’d never heard of Craigavon” until he read the results of this survey on the website of the Portadown Times. “Me and Alma will definitely be visiting when we’re over in Ireland this summer,” he said. “We’re both big fans of roundabouts, so it’s a great opportunity to add to our collection.”

We also caught up with footballers Cristiano Ronaldo and Lionel Messi as they arrived at Aldergrove’s Calum Best International Airport. “We flew over this morning after last night’s big match,” said Ronaldo, “as we had read the news on Twitter. Now we are going to see if we can find a bus to take us to see this glorious city of Craigavon.”

“I am particularly looking forward to trying of this local wine you call Buckfast,” revealed his diminutive counterpart from Barcelona, “who knows, if we like it we may settle here and play for one of your city teams? I have always wanted to experience the atmosphere of a big derby match between Portadown and Glenavon.”

In a written statement issued through our letter box, the Post Office have denied that they are taking the piss.