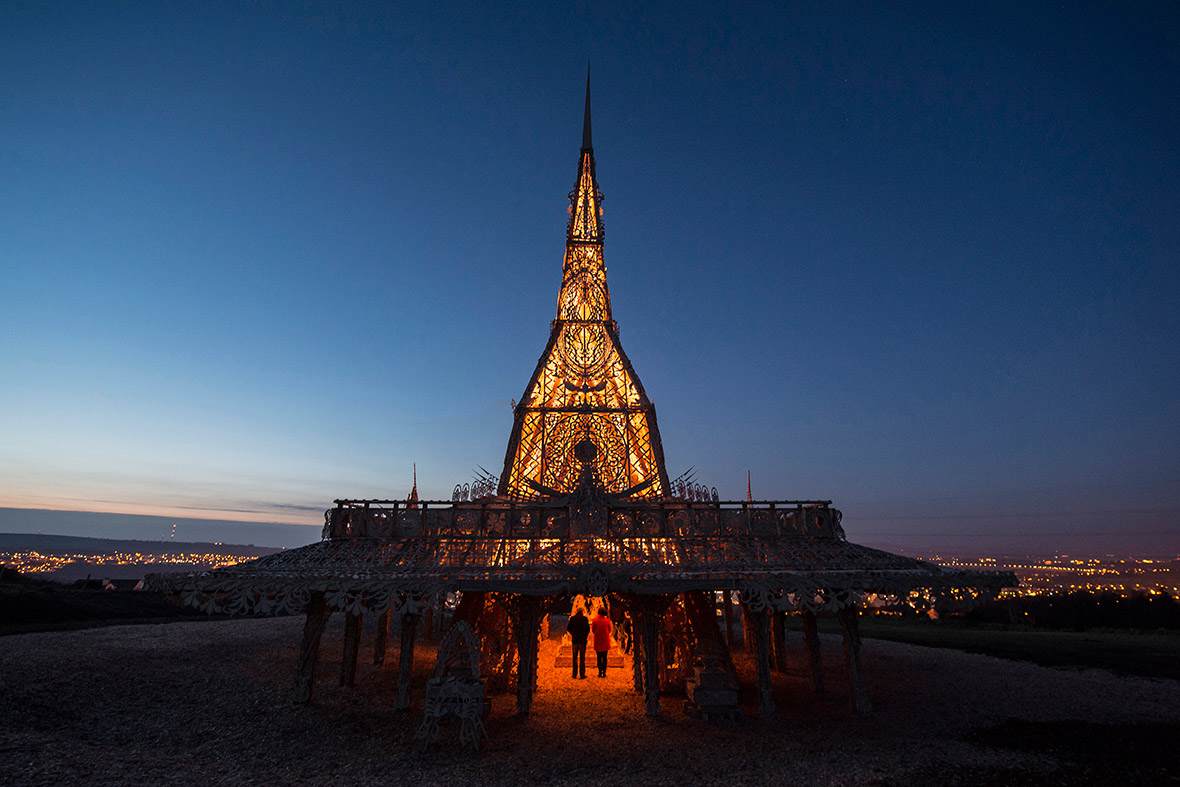 Northern Ireland prepares to hang its head in shame tonight, as a pile of wood which has been painstakingly built into a towering monolith, is burnt to the ground in what one religious minister has described as ‘pagan and satanic’.

The Temple, a wooden construction on a hillside in Derry~Londonderry is, according to organisers, supposed to offer a cross-community alternative to bonfires.

Ulster is of course no stranger to bonfires, but it is more used to the God-fearing Christian method of the practice. Traditionally this involves one Christian denomination piling wood into a towering monolith, burning it, then singing songs about how much they hate the ‘other’ Christians, whilst getting blocked, taking E’s and slipping off for a ride in a nearby dark spot.

“I see what they are trying to do with the whole leaving messages of love and hope for the future and trying to bring everyone together” said local bonfire enthusiast Pallet Kelly, an unemployed employment advisor “but at the end of the day people here are happier burning effigies of hate and distrust about the past – in their own community!”

“Plus it doesn’t offend Jesus” he added.

This was a view backed up by local Twelfth enthusiast Ibrox McKee “Sure we already have a bonfire every year which celebrates our place in the Union and sends a clear mesaage by burning the Irish tricolour, so I won’t be going!” he said defiantly.

“I’ll be in the pub instead, hoping those English bastards get beat at the rugby so Ireland can bring the Six Nations home again!” he added.