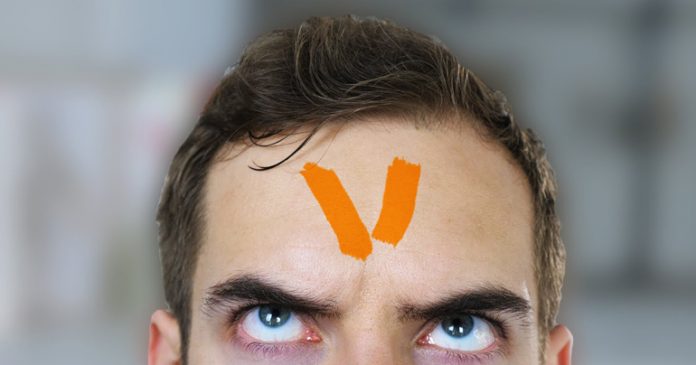 Talks at Stormont have taken another twist after the DUP demanded that Protestants should also be able to paint their foreheads with cultural symbolism tomorrow, in what one party source has nicknamed “Sash Wednesday”.

“If Catholics are allowed to come to work looking like dicks, then we demand the same!” revealed East Antrim MLA Willy Samson.  “For too long now we’ve stood idly by whilst Catholics get to arrive late for work – or get cushy breaks to go see a priest. It’s nat on, so it’s nat.”

It’s understood that hundreds of Ulster’s Orange Halls will be put to full ceremonial use for the occasion, so that both sides of the community can begin Lent by queuing up to have their foreheads smeared with a badly drawn symbol that instantly identifies their religion.

Surprisingly Sinn Fein are fully onboard with the proposal.

“Usually, if you want to know what surt someone is, you have to ask complicated questions about what school they went to, or maybe challenge them to a game of ‘Office Countdown’ to hear if they say haitch or aitch,” explained their North Belfast representative Kerry Gelly. “Now, for one day a year you can tell just by lukking at em!”

“Which I always could do anyway,” she boasted, “but it takes years of practice to get this bitter.”