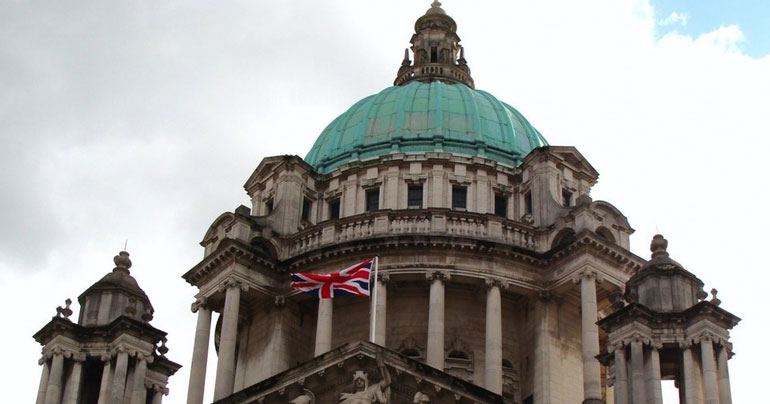 An undercover investigation conducted by Ulster Fry journalists has revealed startling new evidence which suggests that the DUP was at the centre of a plot to reduce the number of ‘designated days’ when the Union Flag flies over Belfast City Hall.

There are 18 days on which the flag is flown, including the Queen’s two birthdays, St Patrick’s Day and Coronation Day. Intriguingly these days include May 9th – which is designated as Europe Day.

According to our investigations, the DUP secretly plotted to stage an event called ‘Brexit’, which would controversially see the UK leave the European Union. As Europe Day is a celebration of that Union, it looks likely that Brexit could knock one day off the flag rota.

Surprisingly we also discovered that Sinn Fein claim to be vehemently opposed to this secret Brexit plan, leading to suggestions that they’d like to ensure the flag flies as often as possible.

“It’s a real role reversal,” we were told by one political observer. “Basically Sinn Fein are arguing for an extra flag day, and they already have St Patrick’s Day. Even the Twelfth isn’t on the list, I mean, how mad is that?”

“Meanwhile the DUP are all for hauling the flag down on May 9th. The way things are going, it wouldn’t surprise me to find they wanted to replace it with an Irish Tricolour.”

We asked Arlene Foster why she wanted to cut the number of designated days but she didn’t hear us, probably because she wasn’t in the room at the time.