Shock as Northern Ireland parties fail to agree on stuff 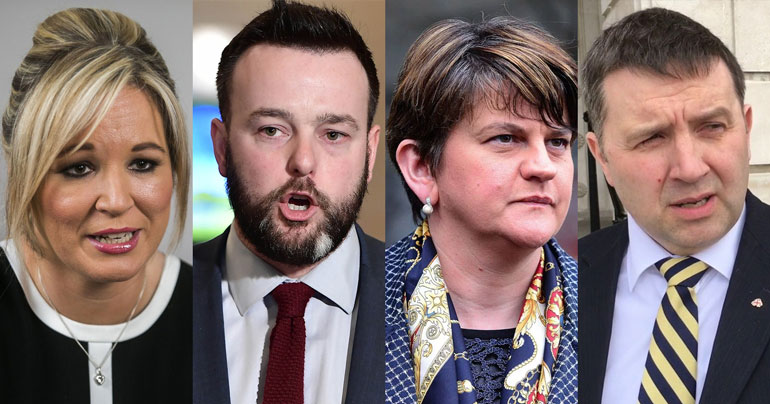 There was widespread bewilderment in Northern Irish political circles yesterday as the main Unionist and Nationalist parties failed to reach agreements on pacts within their respective designations.

Talks between the DUP and UUP collapsed because – according to an insider – “They hate each other.” As a result it looks likely that the UUP will indeed run candidates in South and East Belfast, if they can find someone willing to stand.

Despite this, there was some agreement. The DUP will not field a candidate in Fermanagh South Tyrone and the UUP have agreed to stand aside in North Belfast, mainly because neither party would risk being accused of letting the Shinners in.

Meanwhile in Nationalist circles Sinn Fein’s Northern Commander Michelle O’Neill offered an unusual pact to the SDLP, whereby the latter party would stand aside in the two seats with a single Unionist candidate. In return her party would run candidates everywhere, including space.

According to Ms O’Neill, this offered the SDLP the opportunity to “GetTheMaximumNumberOfMPsReturnedWhichAreGoingToBeAnti-Brexit,” while failing to mention the fact that Brexit is the greatest thing ever to happen for Sinn Fein, and that her MPs wouldn’t bother turning up to work anyway.

Elsewhere the TUV failed to reach agreement on a pact with the TUV, with party leader Jim Allister accusing himself of being a Lundy.