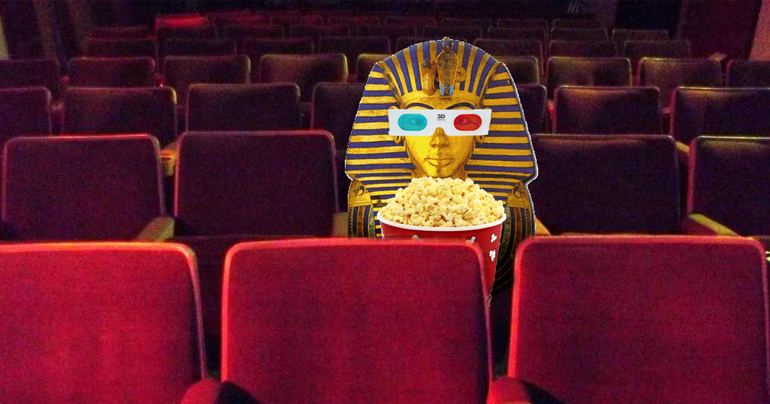 Despite being listed on the Internet Movie Database with a 1993 release date, members of the DUP today insisted that Stephen Spielberg’s dinosaur epic was first created 4,000 years ago.

The row started with the release of the latest instalment in the franchise, Jurassic World, after Nelson McCausland took exception to a historical report claiming that CGI dinosaurs had first roamed the earth 22 years ago. “I don’t care what stupid facts you read on the internet” snapped McCaulsand  “I’ve checked the bible and worked out the timeline myself on a napkin – and by my calculations that first movie came out around 2000BC.”

“I’ve double checked with Pootsy and he agrees. We were both at Queens at the time studying Advanced Hypothetical Christianity and remember the posters going up everywhere. The hype was mental but we knew that it was a load of oul heathen shite, so we sat in our dorm room eating popcorn and reading the Old Testament instead. Then we waited an agonising two millennia for the for next instalment to come out.”

“Now thats what you call a reboot!” he added.

Party leader Peter Robinson later slated the movie franchise too, after trailers revealed a batch of dinosaur eggs being disposed of before they had hatched – in order to save a scientists life. The move clearly violates Northern Ireland’s abortion laws according to Robinson, which also are estimated to be about 4,000 years old.

Devout movie fans have criticised the party for their out-dated beliefs and poor maths skills, angrily phoning into the Nolan show this morning to point out that even the BBC supported their evolutionary beliefs in the award winning series, Walking with Dinosaurs.

Nolan is reported to have quickly changed the subject however, for fear that mentioning walking with any kind of sores might alert the PSNI to come to his rescue again.