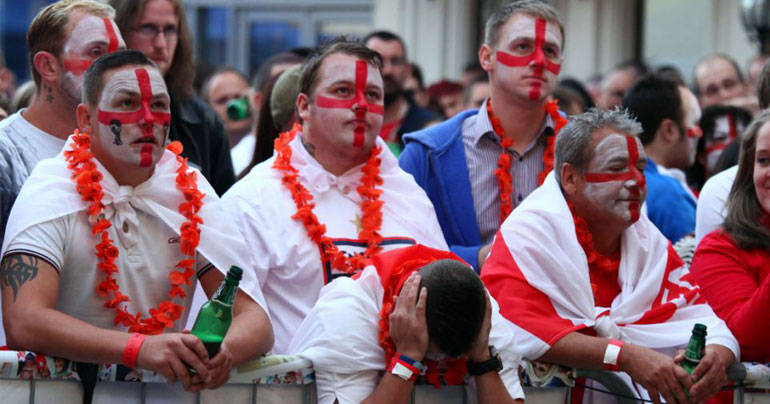 Following another crap display by the English in a sport they originally invented, the British government are inventing several new sports so that England can be number one at something again – at least until Australia or Germany get better at it.

Iceland defeated England 2-1 last night at the Euros in France, in a piss poor performance that has generated thousands of supermarket-based memes. Irish fans were reportedly responsible for most of them, taking full advantage of giving immense stick to their auld rivals.

This angered some English fans though. “It’s classless to revel in the defeat of an opponent. Your meant to be unanimous in victory” said Derek Smith from Nottingham. His comments were quickly refuted by Monaghan man Thomas McCann, who replied “It’s ‘you’re’ not ‘your’, and the word you are looking for is ‘magnanimous’. You’re not even the best at English anymore!”

In a late development, new Tory spin doctor, Derren Brown, appeared on Channel 4 to remind England that they are number one in the world rankings for inventing sports they are no longer number one at.  He then promised fans that England would be ‘world beaters’ at the the government’s proposed new sports, including Syncronised Biscuit Dunking, 4 x 100m Cattle Tipping and Mixed-Doubles Xenophobia.

Following Roy Hodgson’s departure, English fans have demanded a world class replacement on social media ‘such as Klinnsman or Ancelotti’.  However with issues getting work visas following the England fans backing of Brexit, the FA are instead looking at other top-tier candidates, including Gareth Southgate and Steve Bruce.

Irish fans meanwhile have hailed both their teams as ‘heroes’, after they got as far as England despite not having several overrated players in their squads.  Even more bizarrely, newspapers across Ireland are still behind their teams, despite them not winning anything.

“Thats cos you are all losers” said one English fan, as he lobbed a chair at a passing crowd of people.