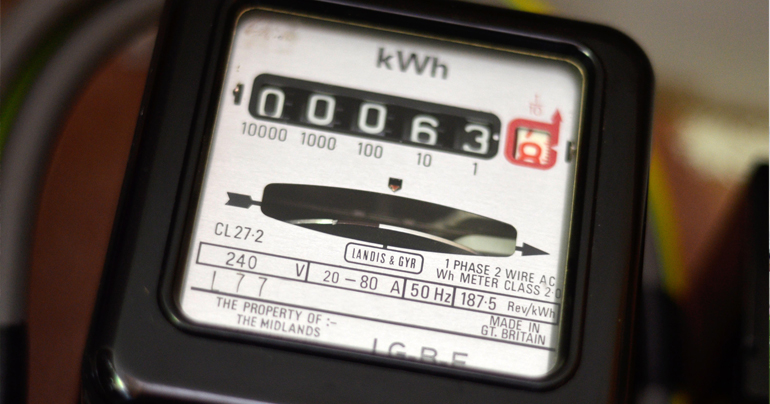 Twenty-seven people were arrested across the Province this morning, as part of a new PSNI operation to stamp-out the illegal ‘rigging’ of domestic electricity meters. The illicit practice has become increasingly popular in recent years, as NIE customers use special high-powered magnets to avail of highly illegal, yet entirely reasonably priced electricity.

Aside from the huge profit losses by Northern Ireland Electricity due to the tampering, the cumulative effect of so many powerful new magnets being introduced into Northern Ireland’s environment has had serious repercussions right across the country.

In June last year a group of American hikers trying to reach the top of Slieve Donard ended up swimming in Lough Neagh, after false compass readings threw them immeasurably off-course. Soon after, a van full of classic VHS tapes bound for a car-boot sale in Derry was completely erased after driving through Creggan.

The new police operation that lead to the arrests was made possible thanks to a new team of PSNI sniffer dogs, that have been painstakingly re-trained to detect the magnetic signature of tampered electricity meters.

“The process is quite time consuming.” said Jim Lorentz of the PSNI Domestic Crime Division following the arrests. “Dogs don’t really like dessert spoons being rubbed on their noses for hours on end, but the animals are not harmed in any way and the rewards speak for themselves!”.  Mr Lorentz went on to say that those arrested were ‘in seriously hot water’, the cost of boiling which ‘would be paid at the full Power NI tariff’.

Electricity scamming is the fastest growing domestic crime in Northern Ireland, joining the ranks of green/red diesel, chipped Sky boxes and counterfeit washing powder – as one of the main scourges affecting the local economy. Those arrested can now expect ‘harsh financial penalties’ rumoured to be somewhere in the region of actually paying for electricity.

The PSNI released a statement after the arrests saying “Ulster residents tempted to abuse their power should stop and have a word with themselves!”. No Stormont ministers were available for comment as they were too busy disregarding the PSNI’s advice.