English FA to launch its own ‘European’ competition 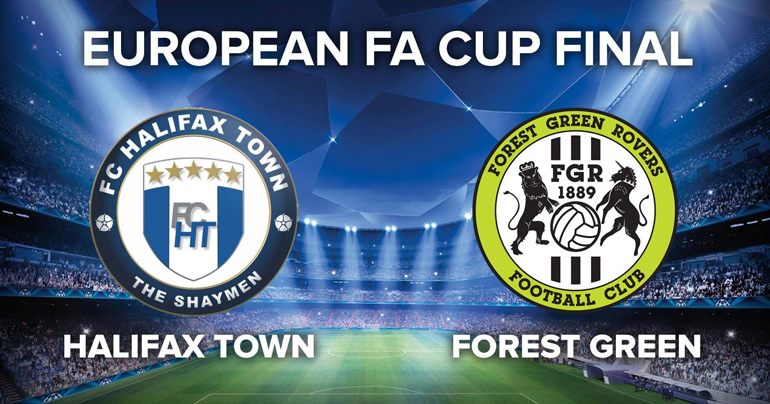 After another unsuccessful round of matches for most English teams in the Champions League, football chiefs have announced the launch of a new European trophy – exclusively for teams based in England.

The plan was revealed this morning by FA Chairman Greg Dyke, who said the move was ‘essential’ to ensure more glory nights for English football. “We’re modelling it on the Champion’s League,” he explained, “and it’ll be like any other glitzy European-wide competition except that it excludes clubs from Europe.”

“We’ll have the top four teams from all the main English divisions competing against each other, from the Premier League right down to the National Leagues. That way – we’ll always have an English winner.”

In a bid to retain the continental flavour of the old Champions League, the glamour-ties will be played at top European stadiums, including Leyton Orient, Burnley, Gillingham. Wrexham and Nuneaton.  Eventually the new ‘FA European Cup’ format is expected to completely replace the old ‘FA Cup’ competition, which is reportedly being shelved for being ‘too English’ and ‘not global enough’.

To further increase the international flavour of the competition, there will be a new restriction on the number of English players allowed to compete. “Each side will be only be able to field a maximum of one English player” explained Dyke. “Boys like Carrick, Stones and Rooney are decent players, but they aren’t much to look at are they? Plus their names are a bit cack – Michael, John, Wayne….”

“With this rule we’ll be able to watch more exotic looking players, with interesting hair, and odd names, like Fabian, Bastian, Dedryk, Yaya, Graziano and Enner.  The more ridiculous the name and the less you know about them, the more likely folk are to think they must be top stars.”

Fixtures have already got under-way in a bid to catch up with the other European competitions. Earlier this afternoon Manchester United ground out an away draw against last year’s Southern Football League winners Corby Town, while neighbours City lost 3-2 at home to Margate.