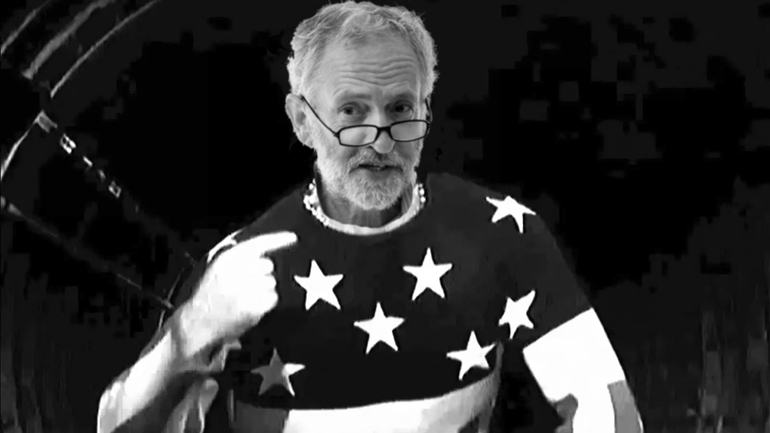 People across the UK are in shock this evening after it emerged that newly elected Labour leader Jeremy Corbyn blatantly disrespected the Queen by singing Firestarter by the Prodigy quietly to himself during the National Anthem.

Bystanders claim to have overheard the Bearded Bolshevik muttering the song under his breath, whilst others stood by respectfully, at a ceremony to mark the opening of a home for Retired National Treasures in Brighton. The Queen herself is believed to have been stunned to catch a snippet of the lyrics, as Corbyn sang “I’m a firestarter, twisted firestarter. I’m the bitch you hated, filth infatuated,” before doing the fingers at a pensioner.

The Loony Lefty Labour Leader appears intent on insulting all things that decent people hold dear, a fact driven home by a series of policies he announced within minutes of being elected.

If elected as Prime Minister, the hate filled communist told his comrades that he will….

After leaving the event Corbyn climbed into his tax-payer funded car and immediately drove round the homes of several of the nation’s favourite celebrities, abusing each in turn. After writing the word ‘C**K’ on Barbara Windsor’s garage door, he is believed to have driven over to Bruce Forsythe’s house and proceeded to fart through his letterbox.

In other news, the Conservative Government passed legislation which will reduce tax credits.