Everyone “looking forward to getting into their pyjamas” reveals report 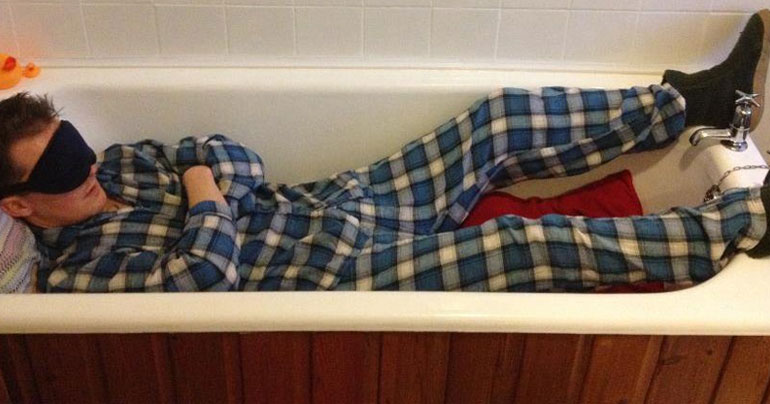 After a miserable weekend during which the weather only ever stopped raining to go for a pish, a new report from the Department of Meh has revealed that 82% of the population are currently looking forward to getting home and into their pyjamas.

“Thon weather would take depress the life out of you!” said 32 year old personal trainer, Amanda Squeeze from Lisburn.”I can’t even be arsed with the gym tonight. Instead I’m going home to get into my cosy warm jammies, climbing into bed and having an Easter Egg for me dinner!”

“Think I’ve got a selection box stashed somewhere too!” she added.

These were sentiments echoed by fellow pyjama-bound resident, Sorcha Payne. “Fuck this for a game of soldiers!” declared the 28 year old go-getter from Dungannon. “I’m getting into my fleecy warm jim-jams, ordering a massive Dominos pizza and laying like a pudding on my favourite recliner chair. Thon weather can get to f**k!”

It seems the phenomenon is affecting both men and women folk around the Province too. “I don’t even own pyjamas” admitted company CEO, John Dinnerplate “but after looking out the window all day at that miserable sky, I told the wife to go buy me a pair. Nice tartan ones, so I’ll feel like William Wallace later when I take the bin to the top of the driveway! They can take my recycling, but they’ll never take my freedom” he joked, shortly before we punched him in the face.

Primark today confirmed a surge in sales of cosy jammies, fleecy socks and stretchy tops, but refused to be drawn into speculation that the weather was affecting people’s buying habits. “There absolutely is no evidence to support that claim” said Primark chief executive, Teddy Snuggler, after answering his door to journalists this afternoon in a housecoat and slippers. “Now if you’ll excuse me, I’ve got an episode of Orange Is The New Black to watch…so get de buck!”

The report went onto claim that the remaining 18% of the population are already in their pyjamas and have been all day. A spokesman for West Belfast refused to comment.