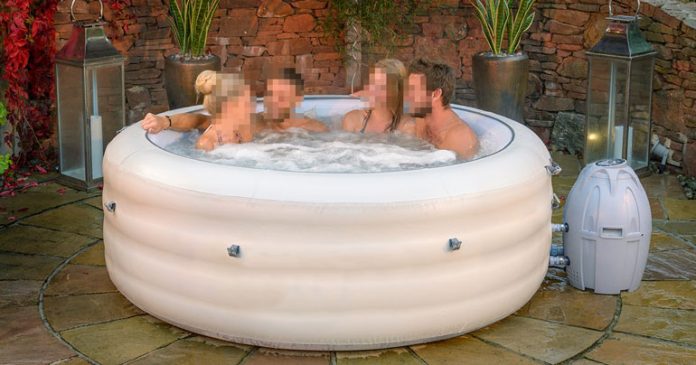 People who invite you round to their house to use a hot-tub actually want to have sex with you, your partner, and probably your family pets, research conducted by The Ulster Fry has revealed.

The survey, which by coincidence has been released on the same day as that big sex thing in The Sunday Life, showed that hot-tub ownership has replaced pampas grass in the front garden as a sign that apparently normal couples are in fact swingers who want to involve you in sordid activities.

48-year-old “hot-tubber” Jack Hughesy, who asked to be named, told us his story.

“Me and the wife let on to be having a party at the house – a few drinks, maybe a bit of dancing – then, when everyone’s well oiled, I’ll suggest we all hop in the tub to relax.”

“Once in I’ll make sure I get sat next to your missus, stick Barry White on the iPod and start a bit of saucy chit chat. Maybe ask her if she’s ever read that Fifty Shades book for example. Before you know it, we’re all at it like a loada sailors on shore leave after 6 months patrolling the arctic circle.”

A spokesman for the European Hot-Tub Federation confirmed that everything we had made up was true.

“Would someone shell out two grand on an oversized paddling pool if they didn’t expect to get their end away?” he asked.

He then offered to show us his hot-tub, so we made their excuses and left.