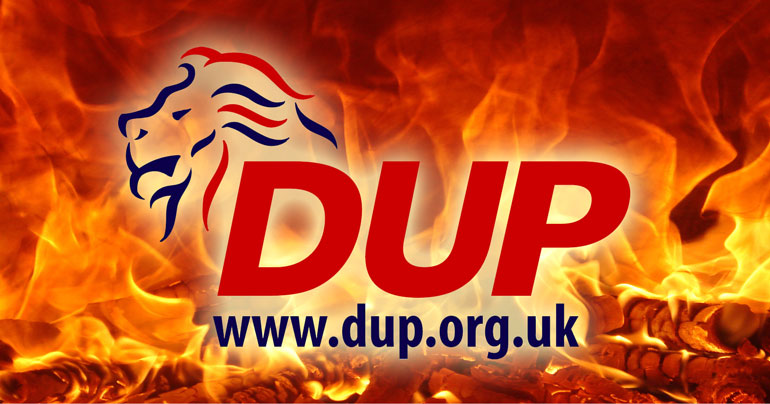 As revelations emerge about how many DUP staff and MLAs didn’t know they had relatives who benefited from the RHI scheme, the Ulster Fry Insight Team has conducted an in-depth investigation which finally blows the lid on the entire scandal.

We’ve pretended to ask every MLA if they had any relatives who installed the boilers, these are the startling findings.

North Antrim MLA Edwina Carson told us that her sister bought one in 2015, to dry her washing out in the garage. “She didn’t tell me though,” claimed Edwina, “and I haven’t been round to her house since the day and hour it was installed, even though she lives next door.”

Her West Tyrone colleague Elijah McWilliamson Jr confessed that his wife had fitted one in the kitchen, but admitted that he’d only just found out. “I hadn’t a clue,” he explained. “I’m never in there, sure the kitchen is a woman’s place, and last time I checked I’m a man. To be fair I noticed that the house was wile warm, but I just thunk she was running the oil.”

Most shockingly Upper Bann MLA Walter McSheugh revealed that he had actually fitted a boiler himself, but had forgotten about it entirely. “It went clean out of my head, I only remembered about it yesterday when I went out to top up the pellets in the thing. I think I must have been drunk when I ordered it, although I don’t actually drink.”

A spokesman for DUP headquarters welcomed our investigation. “It’s good to have all this out in the open,” he told us.

“We’ve been completely exonerated and can move on to winning this election, which was forced upon us by themuns. Then we can get back to the important business of making a balls of running the country.”