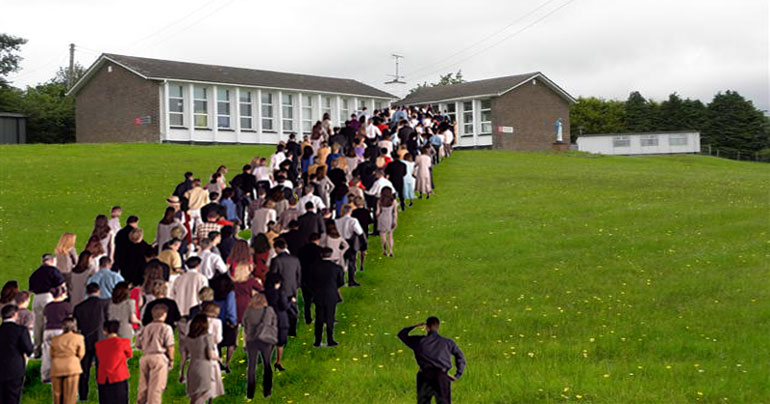 Political pundits have been left speechless after the turnout in the Fermanagh South Tyrone constituency reached a staggering 186.8%, a full three hours before polling actually closes.

“We’ve never seen anything like it,” said one expert. “Who says people aren’t interested in politics? These numbers don’t lie.”

Our Fermanagh correspondent Liz Bellaw interviewed several voters in the county, and found plenty of enthusiasm.

“I’ve voted for Tom Elliott 245 times already,” said Kesh woman Florence Court. “It’s not as easy as it used to be, what with the photographic ID, but I just grew a beard before hitting the polling stations for a second run.”

165-year-old Gerry Donnelly rose from the grave just so he could get out to vote for Michelle Gildernew. “I died 80 odd years ago,” he told us, “but nothing will stop me getting to the polling station, not even yer man from The Walking Dead.”

5-year-old Ross Lea had skipped school to allow him to vote, but was certain he wouldn’t get in trouble. “Sure the teacher spent all day yesterday showing us how to do the letter X on the ballot paper,” he revealed.

Speaking from behind a massive pile of dubious looking postal votes, Chief Electoral Officer Gerry Mander told us that he was certain there hadn’t been any malpractice, but that the huge turnout may lead to another record.

“Aye we expect to have a result by August,” he said, “which would be the fastest ever count in this part of the world.”