EXCLUSIVE: The DUP wishlist in full… 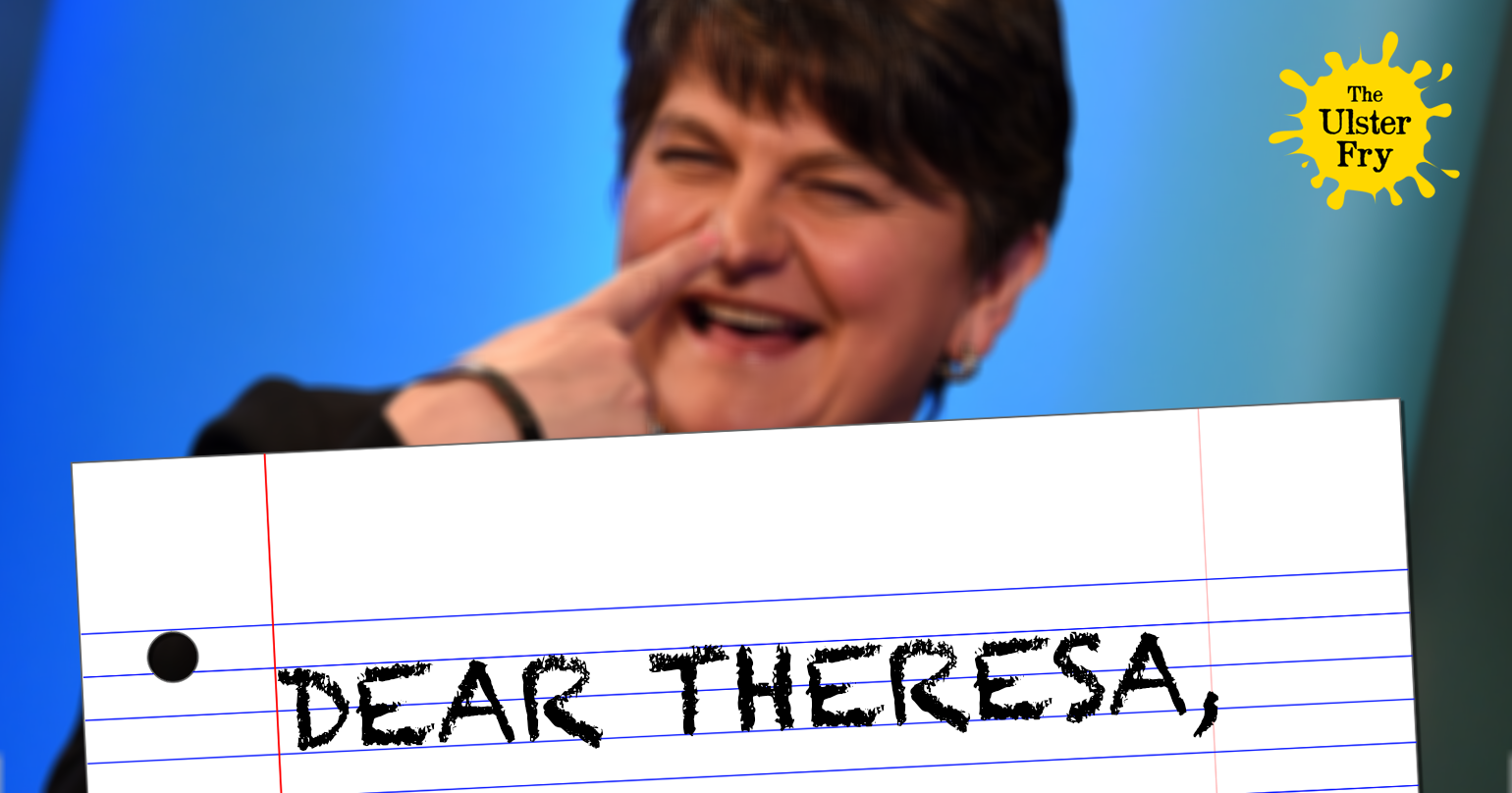 With the DUP holding the balance of power in Westminster, Arlene Foster is expected to extract a high price for backing Theresa May. The Ulster Fry has gained EXCLUSIVE* access to a leaked letter from the DUP leader, which reveals all the party’s key demands…

Many thanks for your kind invite to be part of your government. Me and Doddsy have put our heads together and come up with a few things we’d like in return for our support. Hopefully it’ll all be OK.

1. Sammy Wilson to be installed as Chancellor of the Exchequer. He used to teach economics and is the best at sums out of all my MPs.

2. An increase in the number of designated flag days, preferably to 365, with an extra one in leap years.

3. The extension of Easter licensing laws to cover the whole year.

4. Everyone to get a complimentary Muslim to go to the shops for them.

5. Nelson’s Column to be replaced with Nelson McCausland.

6. An immediate ban on the sale of Fruit and Fairy cakes. Mr Kipling to undergo a sexuality assessment, Bert and Ernie to be imprisoned.

7. While we’re at it, let’s just frack the City of Brighton.

8. A tunnel from Larne to Stranraer, to be named Peter Robinson’s Magical Passage.

9. The immediate invasion of the Free State.

11. The re-introduction of hanging, for the crimes of treason, murder, and playing on the swings on a Sunday.

12. Free Presbyterianism to be the established religion of the United Kingdom.

BTW, we’ve been running Northern Ireland for a few years now and reckon we’re doing a right and good job of it, so if you need any advice don’t be afraid to give me a shout.