Ambassadors’ receptions to be spoiled with Lidl chocolates, says Osborne 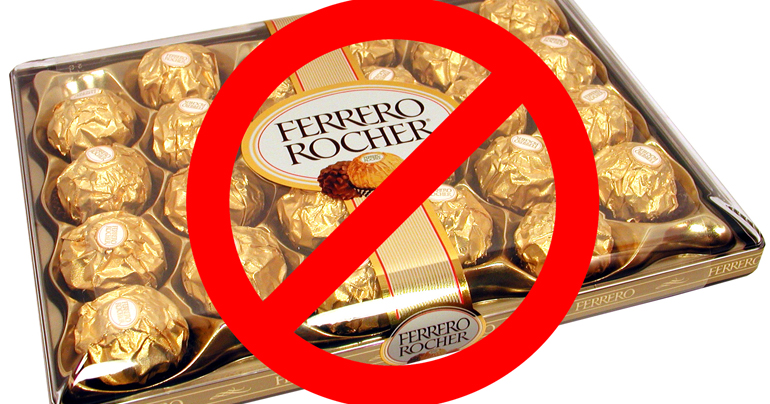 After decades of lavish ballroom parties Tory austerity measures will finally hit the UK’s social elite, after Chancellor George Osborne’s Autumn Statement declared that the confectionery for all future ambassadors’ receptions must be bought from discount supermarket Lidl.

Having for so long been the chocolate delicacy of the rich and privileged at glamorous state functions, Ferrero Rochers are now set to be replaced by low-budget alternatives from the German retailer. Gone will be the Rochers, After Eights and Matchmakers, and in their place will be a range of poorly-named copycat confectioneries which mimic the leading high street brands.

“Mmmm, with these Mister Choco Peanuts you are really spoiling us,” said local socialite Cynthia Sparrowhawk-McCausland. “And these Choco-Caramel treats are just delightful – they’re just like tiny Mars bars!” she beamed.

The move is set to save literally hundreds of pounds a year in taxpayers money – and serves as a signal of intent from the Tories that they are prepared to make cuts which impact every social class – even the rich and powerful.

Speaking to us today at a gala event in Stormont, Martin McGuinness said that the cutbacks were ‘a sensible step in the right direction’ before coughing for five minutes straight, upon realising how ‘seriously f**king vinegary’ the new Pickled Onion ‘Monster Claws’ are compared to their more famous predecessors.

Despite making a U turn on Tax Credits, other Tory austerity measures will continue including the proposed £12bn welfare & benefits cuts planned for 2017.  However Mr Osborne seems to place less importance on the £36 billion of corporation tax that goes uncollected annually – or the fact that most mega-rich multinational corporations pay less than 1% tax.

“Ach sure it’ll be grand” said Joe Anybody, a Lidl employed PAYE number from Somewhere-Upon-Hardtimes. “Sure I pay 20%, and so do most people, so it’ll all work itself out in the end.”