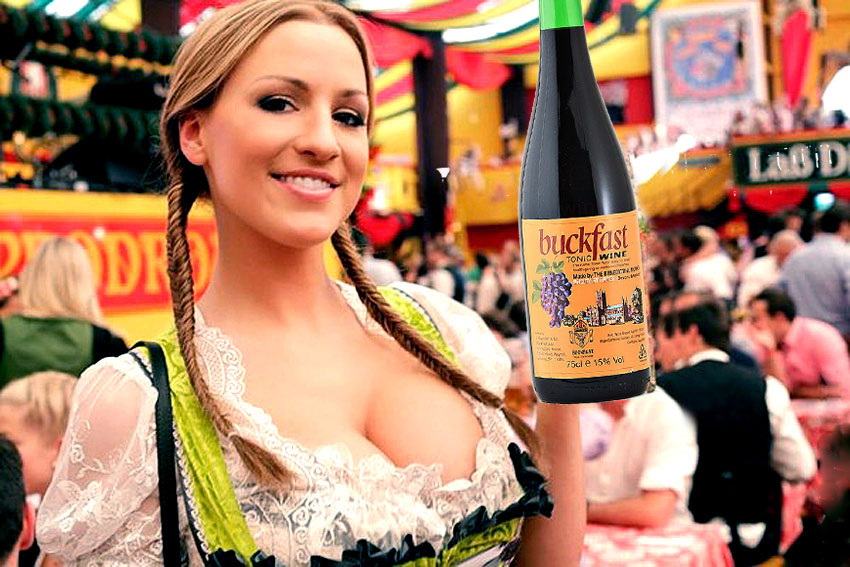 Traders at Nutt’s Corner market have turned the tables on their continental counterparts by taking their unique blend of goods and services to Germany for the Christmas season.

Berliners have been flocking to experience the delights offered by the Ulster traders, snapping up King Billy tea towels, grainy DVDs recorded from the back of a cinema and gigantic pairs of ladies knickers of a style unique to Northern Ireland.

The market is brainchild of Co Antrim businessman Richard Branston, who told us that he hoped his “Incontinental Market” would become an annual event. “Sure we have a great range of traditional foods here,” he said, “from Veggie Roll to Curry Chip Half Halfs. The Germans will love it.”

Speaking in a comedy German accent, Hamburg native Herman Munster explained the attraction “So far I haf been eating of the Ulster delicacies, like ein Pastie Bap unt ein Cowboy Supper, as well as enjoying der Yuletide tunes from das Loyalist Flute Band CDs,” he said, brandishing a multipack of out of date Tayto that he’d bought earlier. “They haf ein good range of perfumes, although I haf noticed that all of der names are spelled differently to der normal designer ranges”.

No Christmas Market would be complete without a beer tent, and shoppers at the Berlin Nutt’s Corner can enjoy a warm can of Harp or a mulled Buckfast, with Bacardi Breezer for the ladies.