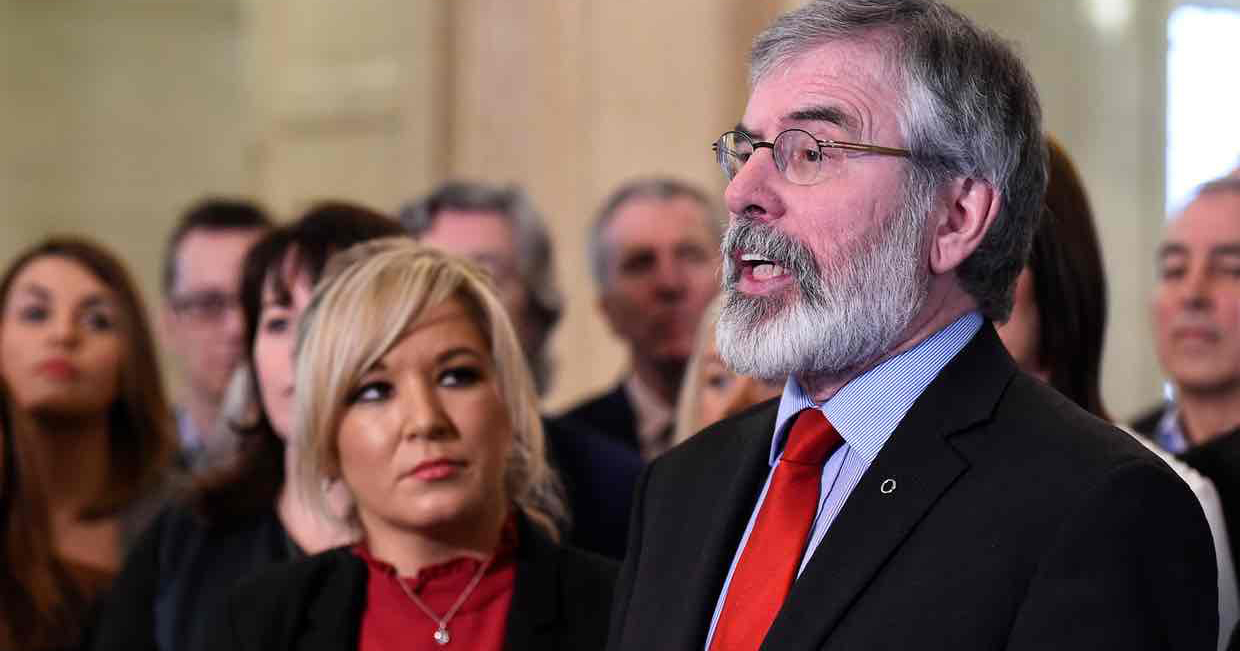 Following a series of embarrassing media engagements yesterday in which Michelle O’Neill kept her trap shut so the big man could speak, Gerry Adams today revealed plans to let her actually say stuff in celebration of International Women’s Day (IWD).

“I think it’s important that we mark the valuable contribution women have made in our society,” began Adams at Sinn Fein’s IWD press launch earlier. “So today you’re going to be hearing from one of the brightest and most capable female politicians of our era, whom I recently appointed to lead Sinn Fein in Northern Ireland”

“Anyway, as I was saying, I think it’s really important that we recognise the role Michelle played in our recent election success, and continues to play in the ongoing talks in Stormont, in which I’ve also played a minor role, making key decisions and speaking to the press on her behalf,” he continued… for about 35 minutes.