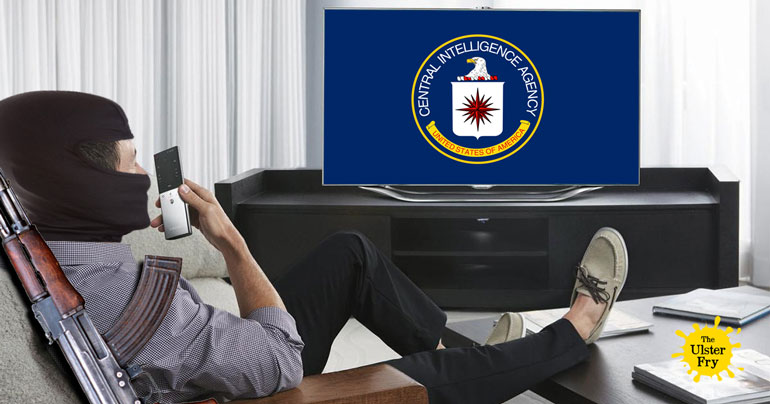 Attempts by the US Central Intelligence Agency to monitor fundamentalist groups in Northern Ireland by hacking so-called ‘Smart’ devices such as TVs and Phones have failed miserably, security sources have revealed.

“Basically this involves accessing the device’s microphone or camera,” says top US spymaster Felix Lighter, “but to be honest when we tried it on you lot we hadn’t a clue what anyone was saying.”

An early attempt to infiltrate the Coalisland branch of Islamic State was a catastrophic failure. “We managed to hack into the leader’s TV set,” he says, “but ended up in a fruitless search for a terrorist commander called Su’Kine Dei’Sel and his henchman Qu’are Al Bai, and what we thought was a developing turf war with a rival cell was in reality just an argument about turf.”

“The Limavady Yakuza and the Portballintrae Triads were impossible to understand,” says Lighter. “We thought we were onto a major drugs cartel but it turns out every time we thought they said heroin they actually said hoagherin‘, and the ‘big heroin ship’ their leader was expecting was just a particularly smelly shite. It wasn’t pleasant when our agents burst in on him I’ll tell ye.”

However there have been some successes.

“After all our efforts it turned out to be easy enough to find all your fundamentalist nutters,” explains Lighter. “Instead of hacking TVs you only had to turn them on and watch the election results.”