Getting drunk “too complicated these days” 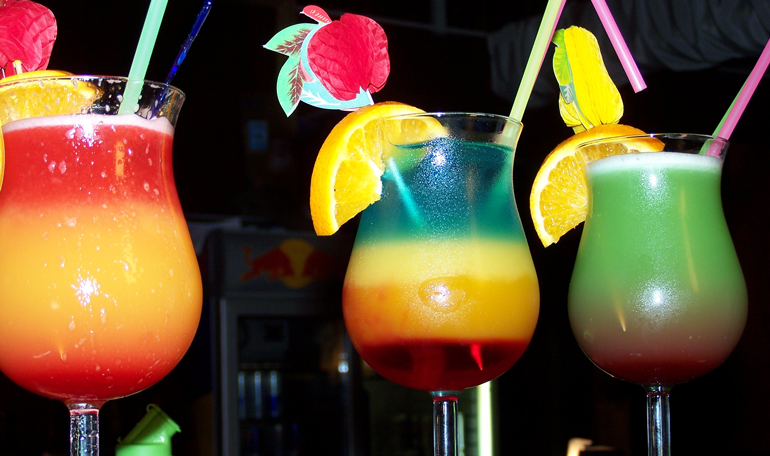 Hardened drinkers are becoming increasingly confused by the range of alcoholic beverages on offer in pubs and clubs, according to a report published today in local consumer magazine Wha?

The article claims that pub goers were more content when limited to a narrow range of beers, spirits and mixers rather than the plethora of bottles that now lurks behind the average bar. “If you went to a pub in the 1980s or 90s, you could expect to see three or four draft offerings, – perhaps Guinness, lager and cider – then your staple spirits on optic,” says the author of the report, Dr Campari Spritzer. “Nowadays you can hardly get served by staff who lurk behind the array of towering beer pumps that run the length of the bar.”

“To these we must add craft beers and fruit ciders. Gone are the days when you’d just order a pint of cider or, if you were feeling exotic, a bottle of Magners with ice. Now you’re offered Summer Fruits, Strawberry with a hint of Elderflower or Kiwi Fruit with a dash of Seaweed. In my opinion, you can stick all that up your arse,” says Dr Spritzer.

This, of course, relies on the ability of the drinker to actually get served in the first place, as inevitably there will be a queue of cocktail drinkers taking up the bar staff’s time with ridiculously complicated orders. “In many bars you’ll be behind a load of beardy wankers and cackling women who are requesting tin buckets of ridiculously named drinks which they’ll then sip from chipped tea cups.”

“This leaves the average drinker queuing for 20 minutes, clutching a tenner as he waits to buy two pints of Guinness and a bag of bacon fries. It’s time for separate queues at bars – one for normal folk and one for the craft beer swilling, flavoured vodka tasting, “aren’t cocktails sophisticated” types.”

The confusion is having an adverse effect on the bar trade. “People aren’t drinking at home because pubs are too expensive, they’re doing it because they know they’ll get served when they go into the kitchen and won’t have to listen to a crowd of office workers who think they’re hipsters talking shite about craft gins.”

We sent our reporter to Belfast’s trendy Apartment Bar to get the opinion of the staff working there, but so far he has been unable to report back as he’s still waiting to be served.