Ginger kids to get separate schools under Stormont shake up 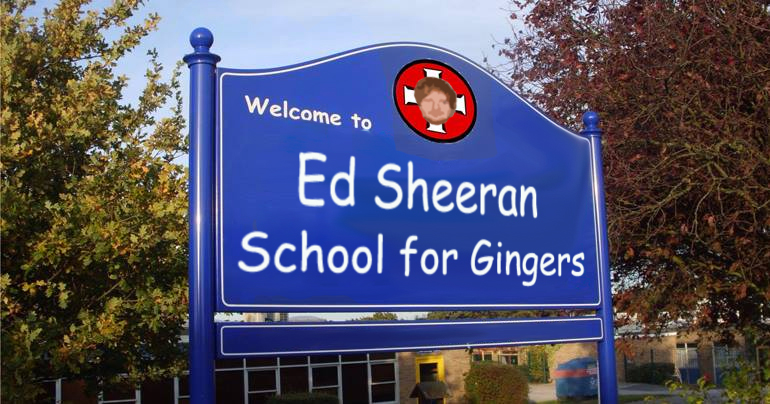 Children will soon be segregated by hair colour under new guidelines introduced by Stormont’s Department of Education.

The plan will see a host of new schools built across the province, as the department works to ensure that Blonde, Brunette and Ginger children are given separate educational facilities, a task made more difficult by the religious and academic divisions already in place.

Plunkett Flannery, Principal-in-waiting of St Walter’s School for Middle-Class Mousey Haired Catholics, told us that the move was the logical extension of Stormont’s educational policies.

“We already segregate kids according to their parent’s ability to pay for transfer test tuition, what church their granny stopped going to in 1986 and whether or not they have a penis, so it makes perfect sense to take this step,” he told us.

His new school will be built on a new “shared education” campus in Lisburn, alongside Robinson Memorial Primary for Poor Ginger Protestants. The head of that school, Edwina Carson, agrees with her mousey colleague.

“Absolutely no research has been done on the subject of whether children perform better when hair segregation is in place,” she explained, “but anecdotally we know kids slag each other about it, so this is bound to help.”

In a related story, Finance Minister Diane Dodds has revealed that as a result of the education plan there is no money left in the budget to pay Northern Ireland’s electricity bill, so the entire country will be switched off next Thursday.