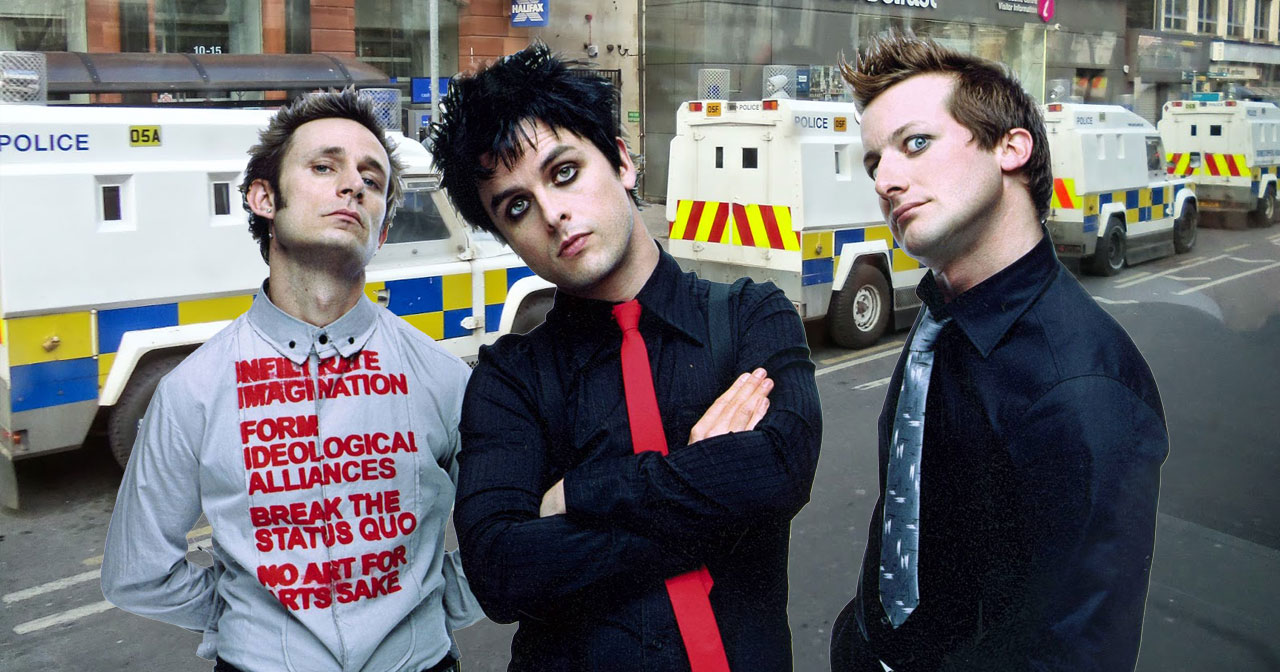 Tonight’s Green Day gig in Belfast has been dramatically cancelled by the Parades Commission after being mistaken for a Republican rally, it has emerged.

“We read that thousands of people were gathering in Ormeau Park tonight for some big ‘Green Day’ celebration” explained Marge Banner from the NI Parades Commission. “But when we couldn’t find it on our system we freaked out and feared the Shinners had organised a huge protest over the Irish Language Act!”

“However we realised we’d made a balls up when some boy called ‘Billy Joe’ phoned up complaining about the cancellation!” she admitted. “Thon’s not the sort of name you’d hear at the Ard Fheis like, is it?”

The PSNI were similarly caught of guard by the true nature of the event.

“We thought the exact same to be honest” admitted PSNI officer Jack Flackett. “When we Googled ‘Green Day’ the top results were about being a ‘Minority’, a ‘Working Class Hero’ and a ‘Basket Case’, which were were sure was stuff Gerry Adams says on Twitter all the time!”

To add further heartbreak for Green Day fans, a prominent Loyalist Flute band is now playing in their place.

“We didn’t think it was fair for themmuns to have a ‘Green Day’ and us not get an ‘Orange Day'” explained Billy Carson from the Ballybeen Purple Helmets  “so we stuck in an application last week and it was accepted!”

However a dramatic late turn of events, Green Day were granted permission to perform at the event as we went to press, subject to conditions.

“We’ve decided to allow it” explained Banner. “Provided they are ‘OK’ with being re-routed, only play a single drum beat and don’t play any of their big party tunes!”