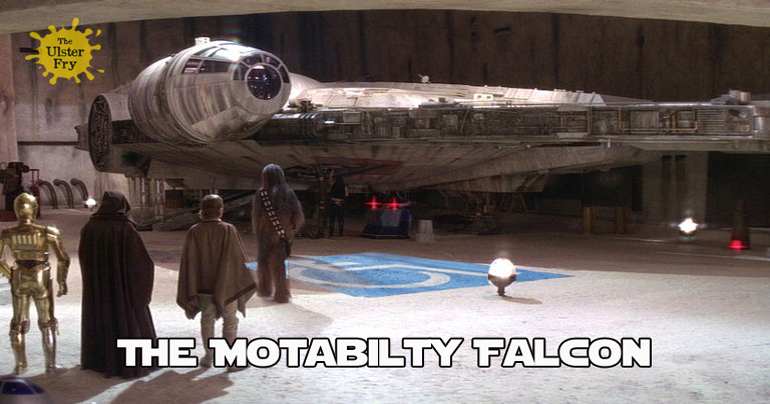 Han Solo’s legal claim for a broken leg is all about getting a disabled parking bay at the Mos Eisley Spaceport, a former colleague of the smuggler has revealed.

According to retired bounty hunter Greedo, Mr Solo has been interested in getting a blue badge for years, mainly because it allows him to park much nearer to the doors of the spaceport’s branch of Tesco.

“Han’s always been a lazy f**ker,” says Mr Greedo. “When I shared a flat with him at space-school he never did the washing up and left his crap all over the place. But now he’s getting on a bit he really can’t be arsed walking anywhere.”

“I mean like, when he got frozen in that Carbonite shit in Episode V, did you see him lodge a claim against Boba Fett?” asks the Rodian mercenary. “No, because he was still a young man and is that lazy he couldn’t be arsed going to a solicitor. He treated it as a wee holiday and waited til the Return of the Jedi.”

At this point in our interview we reminded the bounty hunter that he too could find himself in court making such outlandish claims, and also that Mr Solo had been killed in the most recent instalment of the movie franchise.

“Dead my arse,” he exclaimed, “sure I died in Episode IV, and I’m talking to you now, this is the f**king Star Wars universe we’re talking about. Anyway, even being dead doesn’t get you a disabled spot at the Space Cantina.”