Hillsborough to join South of England in electoral boundaries shake up 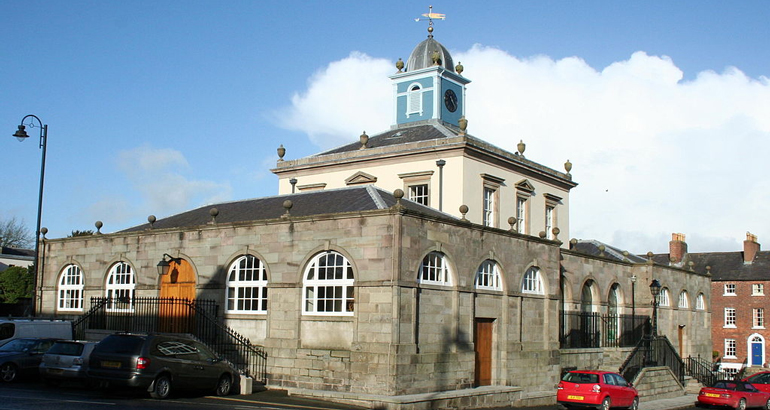 Hillsborough will become one-third of a new Kensington, Chelsea and Hillsborough constituency as part of the biggest ever reform of Northern Ireland’s electoral boundaries.

The commissioners responsible for the scheme have adopted the radical policy of twinning local towns with constituencies they have lots in common with, even if they are on the far side of the world.

“Hillsborough was easy,” says elections chief Pauline Station. “We just looked for a posh place where all the residents are up their own holes. North Down already had too many people so Chelsea was the next best place.”

Hillsborough isn’t the only town to quickly find a twin. “Lurgan will obviously join the constituency of Buckfast in Devon and Newcastle will become part of its ‘Upon-Tyne’ namesake. They don’t have that much in common but it’ll save on paperwork.”

Some districts will find themselves in elections even further afield. “Strabane and Castlederg are both joining the Wild West city of El Paso,” explains Pauline, “and Fermanagh will amalgamate with the lost city of Atlantis, mainly because it’s under water most of the year.”

Sadly no-one is willing to take North Belfast. “We’re not sure what to do with it,” Pauline told us. “Even Baghdad said no, seems they can’t be arsed with all the hassle in July.”

So far the political parties have remained tight-lipped about the reforms, but the Ulster Fry understands that the DUP are worried they may lose at least one MP, as David Simpson’s grip on Upper Bann could be under threat when his Portadown stronghold amalgamates with the planet Uranus.

“It hardly matters that Atlantis doesn’t exist,” admitted a party insider, “we never turn up to work anyway.”