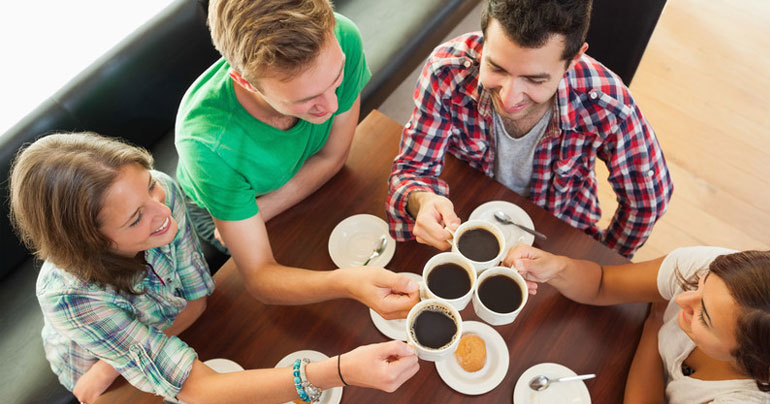 Students have cancelled St Patrick’s Day plans in the Holylands it has emerged, following the news that nearby off-licences would close for a few hours tomorrow to help stop anti-social behaviour.

“Ack, no way! We were pure up for going clean mental too!” said 22 year old, Carmel Street. “but fair play to the crafty hurs, they’ve stopped us dead in our tracks. We’re just gonna sit in now instead…. maybe clean the house and catch up on our assignments etc!”

Her housemate Phil Jotter reluctantly agreed. “I was planning to bate two litres of Buckfast into me and then sprinting up and down our street in acid green glittery hot pants kicking over wheelie bins and screaming ‘Yeeeeooooo'” he revealed. “But that’s out the window now fer fux sake…”

“I’ll just stick the kettle on and do some exam revision instead!” he sighed.

Officer Dan Steelie of the PSNI’s Zero-Craic Enforcement Division is confident the plan will work despite the obvious criticism that students can easily get around it by simply buying a carry-out tonight instead.

“NI Students are incapable of having unopened drink lying around the house overnight!” he explained. “They might be able to ignore the call of the blue bag for a few hours… but by 10pm they’ll 100% be getting wired into it! There wont be a drop left by the morning!”

The scheme has also come under-fire from social media observers, who have pointed out that simply walking to an off-licence up the road is another obvious workaround.

“True…” revealed a Students Union spokesman. “but we couldn’t be arsed!”