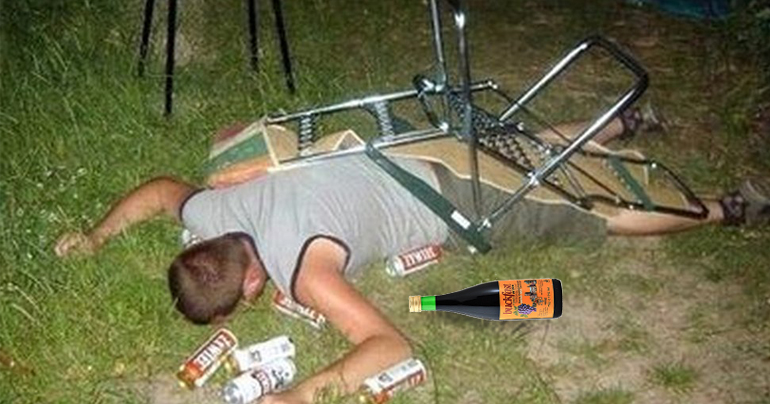 Following their double exit from Euro 2016, it has just emerged that dozens of stranded Republic and Northern Ireland fans, most of whom ran out of money weeks ago, have setup a new colony in the south of France.

“I haven’t a bean to my name” lamented Derry man, Jean-Pierre McLaughlin. “Even if I could afford a flight back I’d be crippled with debt for months. Like literally!” he explained “Me Da is gonny break me legs when he gets me!”

McLaughlin is just one local person who is now embarking on a new life on the continent rather than return home.

“It’s taking some getting used to!” admitted Belfast man, Antoine Robinson. “Learning the language is the hardest part. There are so many different ways to even just say ‘hello’.  But fair play to all the French ones… they’re picking it up rightly! They already know ‘Bout ye’, ‘Whats happening?’, ‘Alright mucker’ and ‘What’s the craic, hi?’.  They’ll be fluent in no time!”

Others meanwhile are finding the change in diet hardest. “A pastie just doesn’t taste the same inside a baguette” moaned Phillipe McKeever from Bangor. “And the crazy hoors put chocolate inside their sausage rolls… instead of meat! Like WTF?”

“They don’t taste that bad with a lock of brown sauce though” he admitted. “Although they’d also be far nicer inside a bap!”

Despite unprecedented goodwill during the tournament though, it seems old north/south tensions have resurfaced at the new settlement.

“Everyone has started arguing about who’s fans are the best craic!” revealed local man, Thierry Henderson.”It’s got a bit heated, so Norn Iron fans are now planning to march through the Republic campsite on the Twelfth singing ‘Will Griggs on Fire’ to settle the score”

“We actually welcome them!” said one senior Republic fan in a surprising admission. “We’ve just installed a new toll bridge in our campsite. It’ll be €3 a head to get through!”