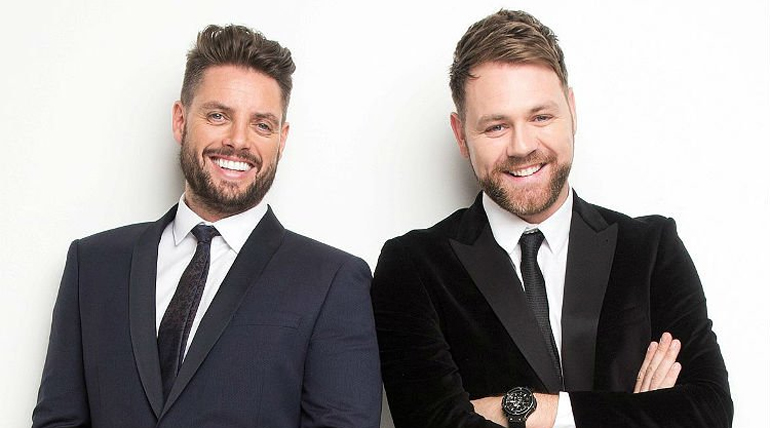 The outgoing Irish government is understood to have called an emergency session of the Dail after it was revealed that members of Westlife and Boyzone are to join forces, amid allegations of serious fraud.

“It’s come to our attention that both Mister Duffy and Mister McFadden have been misleading the public for years whilst making millions in the process,” revealed Michael B Flatley from the Irish Ministry of Light Entertainment.

“Both men outrageously claim to be ‘singers’, when in fact we’ve uncovered hundreds of hours of footage of them just shamelessly miming along to lyrics whilst a backing track played.  It’s absolutely disgraceful altogether, and music quality aside it’s not a very nice thing to do”

It is believed that the Garda Fraud Squad are also concerned about the name of the proposed ‘supergroup’. “They’re for calling themselves ‘Boyzlife’,” said a senior detective. “Not only does that sound like some kind of durty magazine, it’s also a pretty fraudulent description for a couple of lads in their forties rehashing old Barry Manilow numbers.”

“If they wanted a more accurate name, they should just have called themselves ‘Shitezone’ and be done with it.”

News of the worrying plan to unite the two bands has already reached the Vatican, where Pope Francis has called a special meeting of Cardinals to discuss the developments.

“He’s certain that these two forces of shiteness coming together is foretold in the Book of Revelations as a sign of the Apocalypse,” said Vatican Chief Inquisitor Cremola Foam.

“It’s in the bit about the four horsemen,” he explained. “We’re pretty sure Famine, War, Death and Pestilence are going to replace the missing members of Boyzone and Westlife in the lineup.”