Irish sofas prepare for 2 weeks of being hidden behind 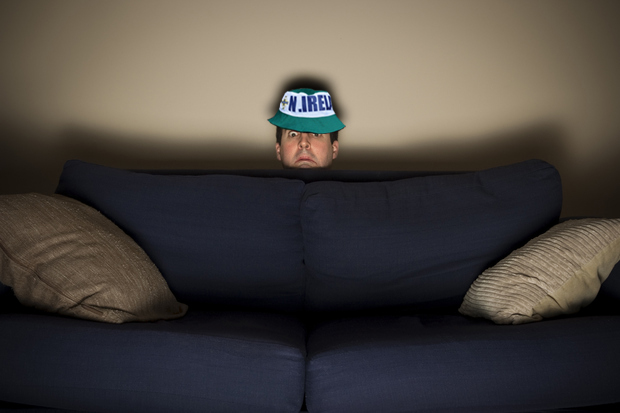 Sofas are said to be in a “high state of readiness” as their owners prepare for the Euro 2016 group matches involving Northern Ireland and the Republic.

“Normally, for tournaments like this, we expect to see an increase in the sales of big screen televisions,” says consumer expert Dee Effess, “but this time round there’s been a rush to buy bigger and bigger sofas, presumably so people can have their friends round to hide during the games.”

All of the sofas we spoke to confirmed that they were expecting a busy tournament.

Ballymena bed settee Parker Knoll told us that he’d been practising for weeks. “The family pulled me forward from the wall to give a bit of extra space – then sat there during the friendlies,” the three seater told us. “There’s room for at least 4 people, plus pets, but I’d say it’ll be pretty packed back there if it’s still 0-0 in the second half of the Poland game.”

Contemporary corner unit Norman Harvey can normally seat five, but he’s expecting a much bigger crowd during group matches. “It’s insane, the neighbours only have a Chaise Lounge so they’re coming round to hide behind me, my owners have even installed one of those mini-beer fridges back there. I just hope there’s no trouble”

His concerns are well founded. Last night there was sporadic violence in some English living rooms after Russia snatched a late equaliser. It’s believed that at least one Chesterfield style sofa was set upon by a group of ‘Ultra’ armchairs who who attempts to set it alight, though fortunately the flame retardant material prevented substantial injuries.

There is also furniture related violence in France itself. “Did you see the fighting in Marseilles yesterday?” says Harvey. “There’s boys hitting each other with all kinds of furniture. Legs crossed that no chairs are seriously damaged eh?”