ITV to move Corrie to Craigavon after UTV takeover 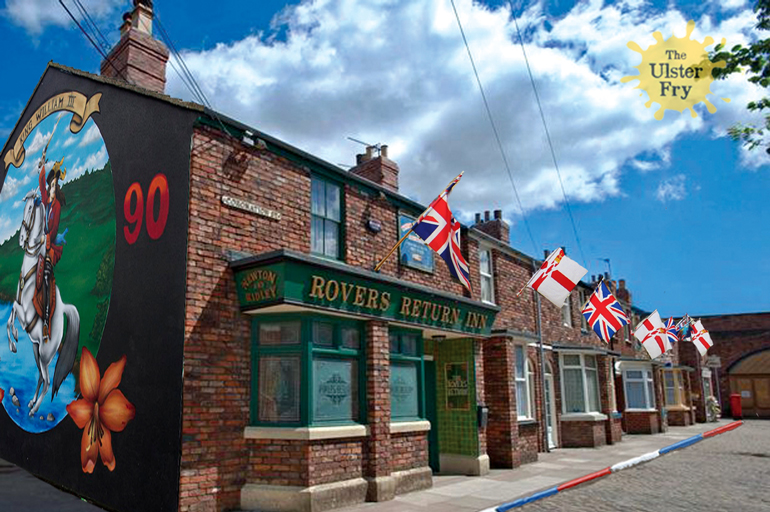 The Northern Irish media world was shaken to its very core today with the news that ITV is to buy the local UTV network.

The news was swiftly followed by an even more earth shattering announcement from the British TV giant – as executives revealed that as part of the plan they intend to relocate popular soap Coronation Street to Northern Ireland.

“It makes sense financially as filming costs are much lower here,” said ITV insider Ken Duckworth. “At first we considered Belfast, but then we discovered there was a real place called Coronation Street in Craigavon, so the location choice was practically made for us.”

Inevitably there will be changes to both the cast and the plot when the show crosses the Irish Sea. “Regular viewers will have got used to Jim McDonald as the only Northern Irish character, well that’s going to change,” says Duckworth. “From now on there’ll be only one token Englishman in the show, probably Ken Barlow, and everyone else will talk like Big Jim and say ‘so it is’ all the time, so they will.”

Some well known settings will also change to reflect the new location. “We’ll have to rename the street’s cafe from Roy’s Rolls to Roy’s Baps,” we were told by the show’s producer Emily Fairclough, “and the Rover’s Return is going to be taken over by the local paramilitaries, with ex-prisoner Winkie Nelson behind the bar.”

However unlike the busy Rovers, the new bar will reflect the current NI economic climate and be deserted. “Aye people can’t afford to drink in the bar all day in this day and age” continued Fairclough. “so we’re replacing the Kabin with an offie as everyone will be drinking carry-outs at the house instead. We’ve even convinced a legendary cast member to come back and run it as Curley’s Wine Cellar.”

The first episode of the new series will air next summer, with a plot focussing around Gail Platt’s application for a bonfire grant, and a crisis as the Rosamund Street Residents Collective prevent the Rising Sons of Stan Ogden returning from the Twelfth.