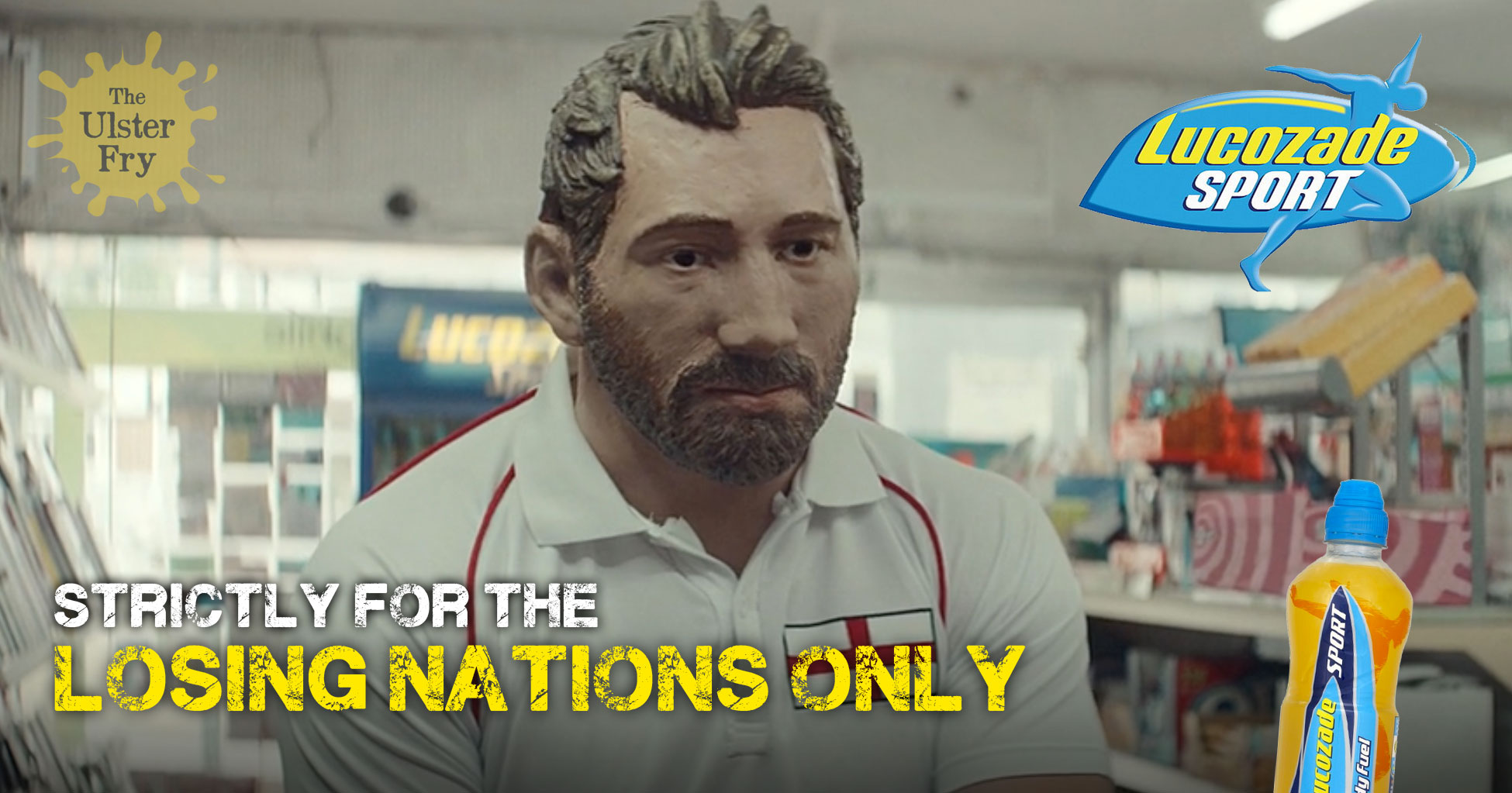 Energy drinks manufacturer Lucozade has been blamed for the disappointing displays of all four ‘Home Nations’ in the Rugby World Cup.

The company’s much advertised decision to label their Sport range “for Home Nations only” appears to have backfired dramatically, as first England crashed out of the competition, followed soon after by Wales, Ireland and Scotland.

“Clearly our players were pumped full of too much glutinous, sugary gloop,” said rugby expert Rick Maul. “The chances are that all the Johnny Foreigner nations were drinking something with less E numbers in it, like Sunny Delight, full fat Coke or red diesel.”

All Blacks captain Richie McCaw accepted that not drinking Lucozade Sport had given his team the edge in the tournament so far. “We’re usually pretty shit at rugby in New Zealand, but we’ve turned that around by mostly drinking water. Our sports scientists have worked out that it’s actually quite good for rehydration, especially if you don’t dye it bright orange.”

Disappointed Ireland coach Joe Schmidt told us that they’d be making ‘serious changes’ ahead of the Six Nations. “We’re gonna go for drinks that fit the genetic make up of our players. So we’re ditching the Lucozade and switching to pre-match Guinness” he revealed “with Orange Sukie and McDaid’s Football Special for rehydration at half time!”

The Ulster Fry understands that the other Home Nations will be following suit. “English players will be drinking tea, the Scots Irn Bru,” says Rick Maul, “I have no idea what Welsh folk drink, probably Leek soup.”

However Joe Schmidt does accept that other factors contributed to his side’s defeat to Argentina. “What’s the craic with these one o’clock kick offs?” he asked, “Our fans barely had time to get over their hangovers, never mind being able to get blocked again.”

“With more drunken supporters, we’d have walked it.”