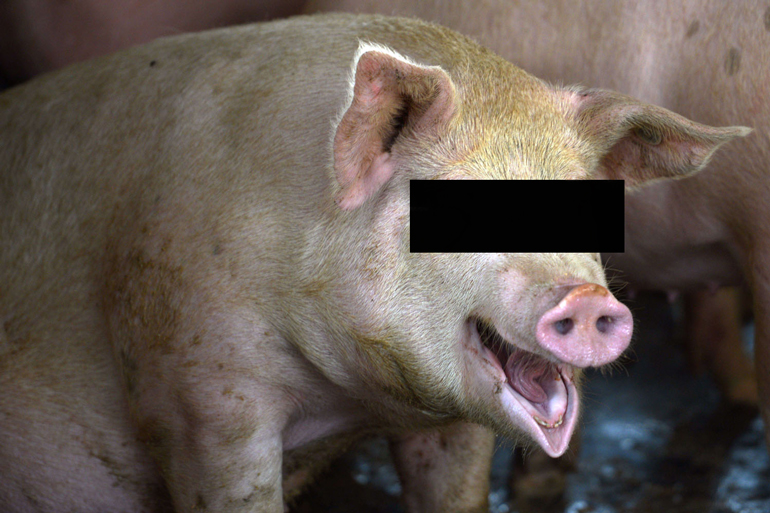 The pig at the centre of the David Cameron scandal has told the Ulster Fry of his ‘deep remorse’ that he allowed the future Prime Minister to place his sausage in his mouth.

The pig, who cannot be named for legal reasons, said, “Me and a couple of the lads were playing a drinking game at a sty outside Oxford. Basically you had to neck a pint of vodka straight or put the most disgusting thing you could think of in your mouth. I thought if I drank any more I’d boke everywhere, so I decided to do the mouth thing, and that just happened to be David Cameron’s luncheon meat”

When asked if he regretted his actions the pig responded, “I never thought much of it at the time but looking back now I feel so ashamed. It was the 80s, I was snorting a lot of muck but it’s no excuse. I’d never even look at a filthy beast like Cameron if I was sober. He’s a Tory FFS.”

We phoned Mr Cameron and he told us that he didn’t see what all the fuss was about. “What’s the big deal?” he asked our reporters, “all I did was get totally blocked and stick my willy in a pig’s mouth. Since when was getting totally blocked and sticking your willy in a pig’s mouth considered inappropriate behaviour for a Prime Minister? You’d think I lacked sound judgement or something.”

Mr Cameron’s party colleagues have been quick to rally round their leader. One MP told us “I’m more than happy to shove my honourable member into the head of a deceased farm animal, if it helps,” before adding that it wasn’t the first time his party had screwed the less fortunate.

Others have offered more practical help. “He’s not too popular at home at the moment,” said Tory MP Godfrey Barnyard, “so I’ve asked him round for dinner this evening – his old favourite of course – pulled pork.”