Jamie Dornan “not handsome enough” to play himself in new biopic 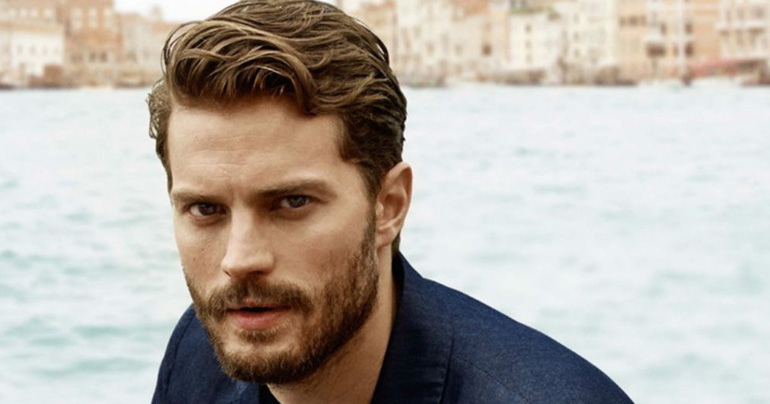 Belfast heart-throb Jamie Dornan, who was recently voted ‘The World’s Sexiest Man’, is so incredibly good looking according to movie insiders, that Hollywood chiefs need someone even better looking to portray him in a movie about his own life. It is understood that Dornan was briefly considered for the lead role of Jamie Dornan in the upcoming biopic, however casting producers felt that the 50 Shades of Grey actor was so intensely attractive in real-life, that he wouldn’t be able to do himself justice in the role.

Women across NI were saddened by the news, but reluctantly agreed that the bearded hunk is so ‘yummy’ that they would need to draft in someone ‘even more ridiculously good looking’ to make the part believable. “I’m a bit gutted, but I definitely can understand the decision.” said local movie fan and vagina owner Roberta-Hasting Cox. “I mean, he’s good looking, but he’s not that good looking!”

The Fall actor, real name Jamie Dinglebert, was a total unknown a few years ago. working as a humble security guard at Belfast’s now defunct M Club. However one fateful night a fortuitous encounter with a top London talent scout, whilst wearing badly written name badge saying ‘Jamie – Doorman’, inadvertently put the young actor on the path to greatness.

The Belfast dreamboat has rocketed to stardom in recent years, following his decision to grow a beard.  He once famously dated movie starlet Keira Knightley whilst still clean shaven, however the couple separated after he reportedly lost her down the back of a sofa.

Internet speculation has already begun about who might land the role of Jamie Dornan in the new Jamie Dornan movie.  Popular choices so far include ‘that window cleaner fella from the Diet Coke ads’, ‘yer man who took his Levi’s off in the laundrette’ , ‘the 1980’s Richard Gere’ and ‘Elvis before he died’.

However insiders say they casting process is ‘nigh on impossible’, and that the lead role will eventually go to Gollum actor, Andy Serkis, who will play Dornan in an Oscar worthy motion-capture performance, using intensely good looking CGI.