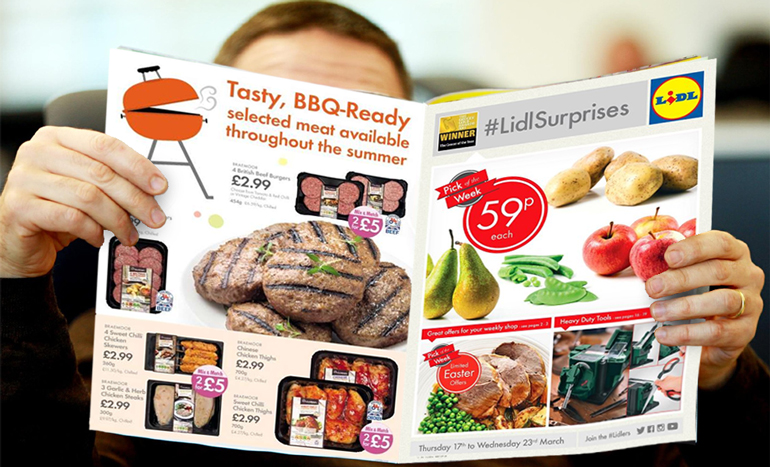 Fans of random stuff are celebrating today after the newspaper insert of German supermarket chain Lidl was revealed as the most popular reading material for men here.

Announcing the surprise choice, the chair of the Northern Ireland Publishers Society heaped praise on the advertising sheet. “It’s something all men look forward to,” he claimed, “settling down on the sofa with a beer to peruse the latest deals, particularly the impressive tool section.”

“I do love an impressive tool,” admitted regular reader Frank Crownfield, “but to be honest I most look forward to the regular specials. Every now and then you get an entire section devoted to something like horses or skiing. That’s what I love about Lidl, the way they have their fingers on the pulse of what their customers need – namely unusually packaged biscuits, cheap toilet roll, horse blankets and elaborate skiwear.”

Fellow reader Arnold Silvercrest is a big fan of the clothing section. “It’s the natural poses of the models that I love, as they show off the latest in budget fashions,” he explained. “Then you might also get a wee shot of a woman in some thermal underwear, doing the ironing or something. It’s titillating stuff, near as good as the bra section of the old Littlewood’s catalogues.”

However it’s not just the images that appeal, as Frank explains. “The written pieces on the items are pure poetry,” he told us. “Just listen to this description of a bucket. Comes with pouring spout, measuring scale and handle.”

“I was down there straight away, it was the mention of a handle that sold it”.

Executives from the supermarket will be presented with their gong at the star studded Ulster Men’s Magazine Awards in a Ballywalter caravan park tomorrow evening. We understand that the Screwfix Catalogue scoops second place, with a slightly crumpled edition of Autotrader in third.