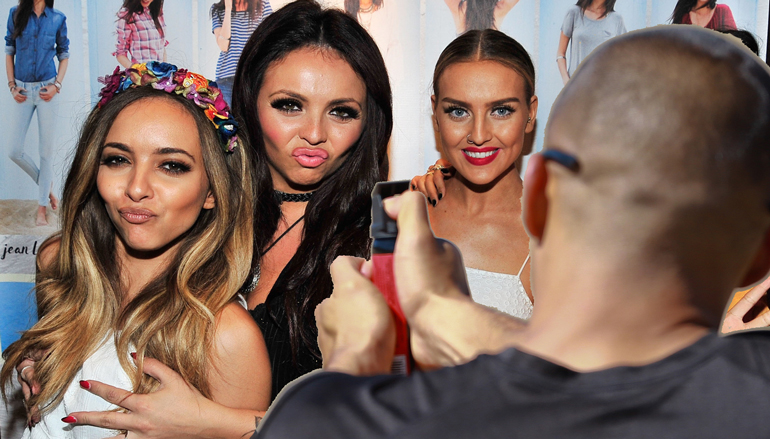 Popular chart band Little Mix have been forced to call off their Belfast concerts after one of the members became ill, allegedly after being accidentally sprayed with CS gas by police.

It is understood that the incident occurred when the group was taking part in a girl band parade in South Belfast. Trouble erupted when one band member bumped into some parked cars and an argument developed with police officers.

“It’s terrible,” a spokesman for the concert promoters told us, “her face was all orange and puffed up, and when we took her make up off it still looked pretty bad.”

A statement later released by the band on Twitter apologised profusely to fans  saying “Jesy is unwell and unable to sing, and as a result both the matinee and evening shows have been cancelled.” This left the parents of disappointed fans fuming, with one complaining “I didn’t think she could sing in the first place, you’d think she could at least have mimed along like she usually does.”

The PSNI, meanwhile, have once again come under fire for their handling of the controversial march, which saw several girl bands including The Saturdays, Destiny’s Child and The Nolan Sisters parade on the Ormeau Road.

However the Chief Constable has denied that the rough treatment meted out on this occasion was an attempt to address a perceived imbalance in the policing of controversial marches.

“Our officers having a go at Little Mix today has nothing to do with us spraying little Prods on Tuesday,” he explained.

“That was a simple mistake, we’d just left our ‘no more tears’ junior CS spray at home.”